The latest news in the world of video games at Attack of the Fanboy
January 4th, 2017 by Dean James 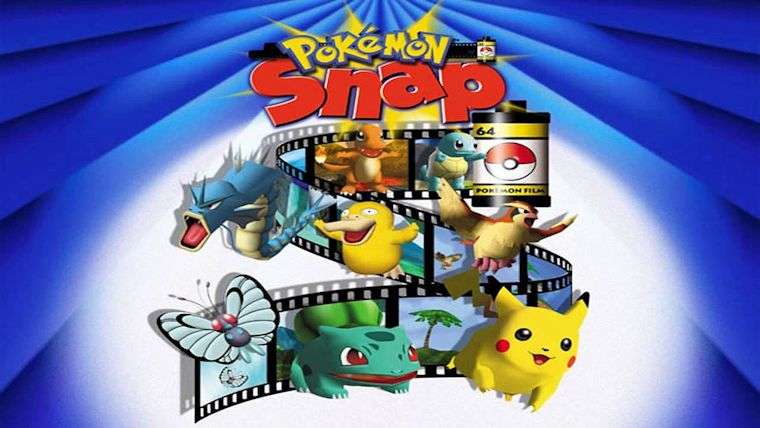 2016 may have been the 20th milestone of the Pokemon franchise, though technically the anniversary is still going with the original Red and Green having released in February originally. Nintendo and The Pokemon Company are still keeping the party going though into 2017 as it has been revealed that Pokemon Snap is finally releasing on the Wii U Virtual Console.

Pokemon Snap released on Nintendo 64 back in 1999 as a spinoff of the main series that quickly became a fan favorite. Rather than battling like in the handheld games and even the Pokemon Stadium franchise, Pokemon Snap offered a really fun alternative.

The game featured an on-rails adventure style where you travel through a number of different levels to take the best picture of some of the original 151 Pokemon. The only disappointing aspect was that the game was a little short, including missing some of the original Pokemon, but the inclusion of alternate exits to unlock certain stages and special Pokemon helped to alleviate this.

The game released a number of years ago on the Wii Virtual Console, which could be played on the Wii U through Wii Mode, but now it has been revealed that it is finally hitting the official Wii U Virtual Console.

This means that you will be able to play the game completely on the GamePad itself, as well as having save states. If you already own the game on the Wii, you should be able to purchase the game at a discount as well, so it should be worth the extra cost. A Pokemon Snap sequel seemed like a perfect fit on the Wii U, but it never did happen, so this is as close as you will get.

For those interesting in purchasing the game, you can download it starting tomorrow, January 5 off of the Wii U eShop. New games typically go up around 12:00 pm ET, so keep an eye out for that tomorrow when you get a chance.