The latest news in the world of video games at Attack of the Fanboy
October 4th, 2016 by Kyle Hanson 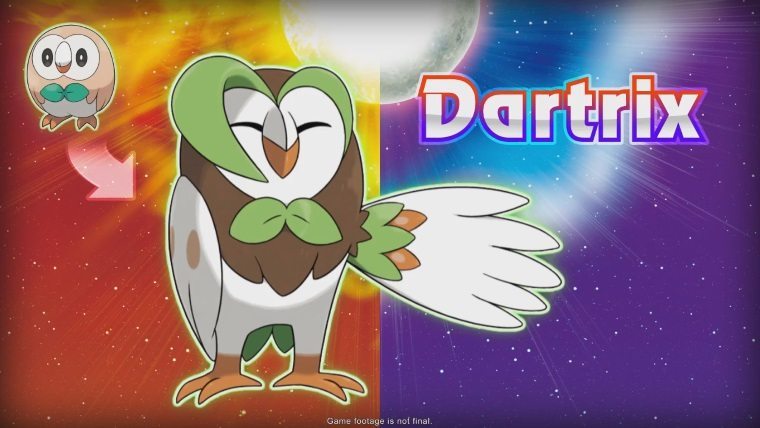 Pokemon Sun & Moon hit the Nintendo 3DS on November 18th, bringing a swath of new features and characters to the 20 year old franchise. As always, there are brand new starter Pokemon for these games, namely Rowlet, Litten and Popplio. We’ve known about them for a while, but now we get our first look at their evolved forms of Dartrix, Torracat, and Brionne.

Not a lot changes when you evolve these Pokemon, with them still retaining their general themed appearance and not altering any of their types. Still, it’s good to see how they change in appearance heading toward their final evolution form, which has yet to be unveiled.

The trailer then goes on to show off even more new features that are being added to Pokemon Sun & Moon. However, the bigger news for longtime fans is that Mega Evolution is not being removed. It might seem crazy, but with all of the info that was available about the game, Mega Evolution had simply not been mentioned in any official capacity. This led to some worried speculation that the feature had been removed, or at least toned down from its starring role in the last couple of games. While we haven’t seem any new Mega Evolutions added, it was confirmed that it would return.

Finally there will be a special demo version of Pokemon Sun & Moon, which will hit Nintendo 3DS on October 18th. This will feature a special version of fan-favorite Greninja, which is based on the anime itself.

Evolved Forms of the Starter Pokémon Revealed in Pokémon Sun and Pokémon Moon!