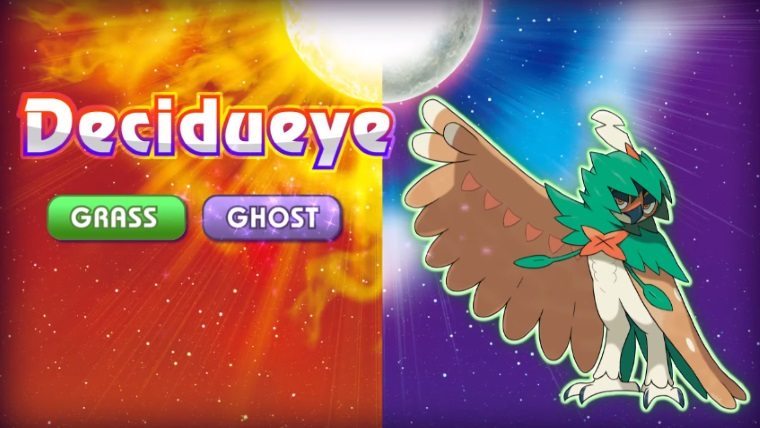 This morning saw the release of a brand new Pokemon Sun & Moon trailer, and with it came a flood of new information about the upcoming game. Sun & Moon are already looking like some of the biggest and most unique titles in the 20 year old franchise, but more stuff is still being unveiled about the games on a near weekly basis. The headliner for this new trailer was the official reveal of the final starter evolutions for the three new starters.

Rowlet will become Decidueye, Litten will become Incineroar, and Poplet will become Primarina. These final evolutions had been leaked earlier, so this serves more as confirmation, as well as giving us a good look at the new Pokemon in the actual game.

Elsewhere in the trailer we see the gurdians of each of Alola’s islands, and the very nostalgic return of Red and Blue, the main character and his rival from the original Game Boy Pokemon games. It seems that you’ll be able to battle them as adults, testing out your Pokemon training power against their own.

Discover the Final Evolutions of the Starter Pokémon in Pokémon Sun and Pokémon Moon!