The latest news in the world of video games at Attack of the Fanboy
August 18th, 2016 by Dean James 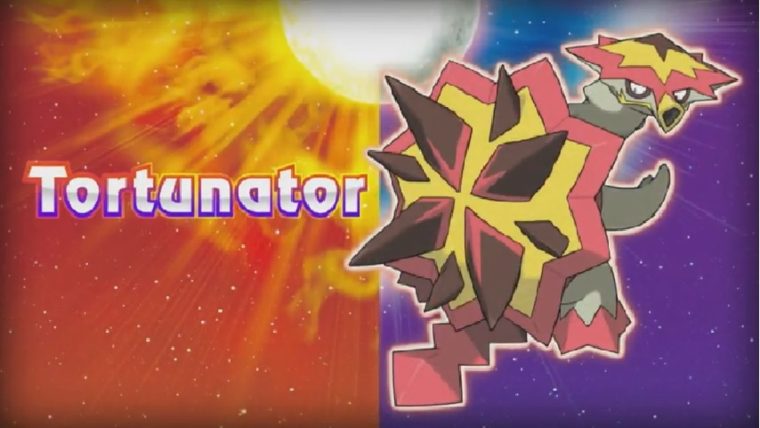 Pokemon Sun and Moon are still a few months away, but The Pokemon Company is gradually unveiling new Pokemon that will be introduced in the Alola region. Last week brought us a new trailer with a number of a new Pokemon, but the latest just focuses on one.

Turtonator is the Blast Turtle Pokemon, which is a Fire/Dragon type. This may seem a little similar to the likes of Torkoal, but this is actually a turtle rather than tortoise.

This Pokemon can be find living in volcanoes, feeding on the sulfur and other materials found near the volcanic craters, which makes its shell very explosive. If something hits Turtonator’s shell, the horns will shoot out sparks that ignite an explosion.

Turtonator’s ability is known as Shell Armor, while it also has a special move it can learn that absolutely no one else in the game can, which is known as Shell Trap. This attack allows you to set a trap at the beginning of your turn, and if Turtonator is then hit by an opponent’s physical attack on that turn, Shell Trap will cause an explosion that deals quite a bit of damage to that opponent.

Pokemon Sun and Moon will be released exclusively on the Nintendo 3DS on November 18, and make sure to check out the actual reveal trailer below for Turtonator to see it in action.