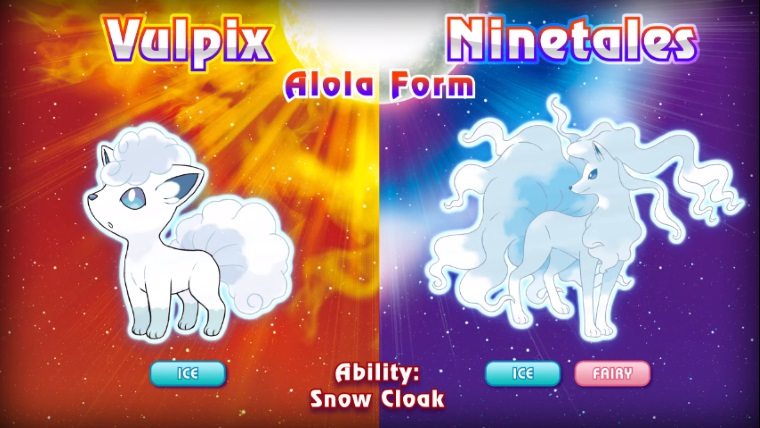 The world may be obsessed with Pokemon Go right now, but the big guns are coming later this year with Pokemon Sun & Moon. Today we learned about some brand new features coming to the 3DS titles, which seem to reshape the way players will think about Pokemon.

Pokemon Sun & Moon will introduce the idea of regional variants of different Pokemon species. Called Alola forms for this game, it seems that your favorite characters have adapted to the climate found on the islands of this new region. Fan-favorites such as Vulpix and Exeggutor have totally different looks to them in their Alola form. But it’s not just the aesthetics that are changing.

Even the Pokemon’s type will alter to fit the new look, with Vulpix and its evolutionary followup Ninetails becoming Ice type, instead of the usual Fire. You can see a lot more of these changes in the video below, but there are almost certainly some surprises being left for the final game.

The video also goes into Z-Moves, which are a new and powerful way to attack. Pokemon who are holding a corresponding Z crystal to what the player is using can perform these devastating attacks. Check it out below for all the details. Pokemon Sun & Moon hit Nintendo 3DS on November 18th.