The latest news in the world of video games at Attack of the Fanboy
August 21st, 2015 by Kyle Hanson 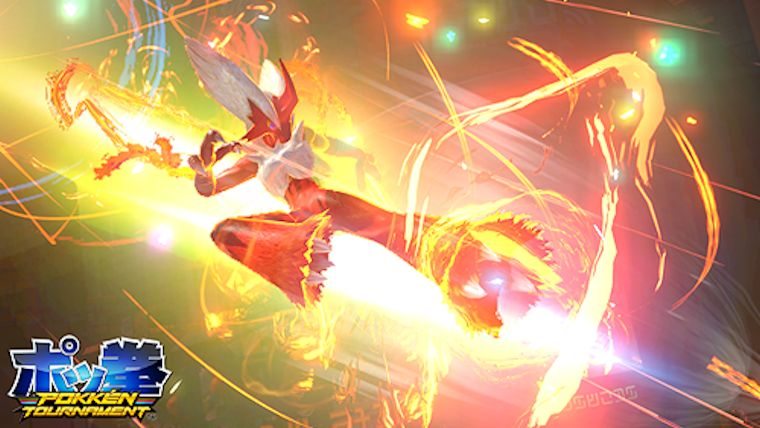 Pokken Tournament will officially make its way to the Wii U in Spring 2016 ending long speculation that the game would eventually get out of arcades and into player’s homes. The game is an interesting take on the fighter genre, joining together Pokemon and traditional fighting game mechanics to create something wholly new.

“Pokkén Tournament has been announced for the Wii U! Starting in spring, 2016, you can bring home the fun of the exciting Pokémon arcade fighting game. In Pokkén Tournament, Pokémon appear more lifelike than ever before, with amazing graphics and smooth, fluid movements. You will love seeing and battling with your favorite Pokémon.”

The game is being developed by Bandai Namco Entertainment, the same studio behind such fighting game greats as Tekken and Soulcalibur. Pokken Tournament seems to take a lot of queues from the Tekken series, featuring two fighter facing off in a 2D play space.

Many of your favorite Pokemon will appear in the game, including Pikachu, Gengar, Lucario, Charizard, and many more. Pokken Tournament will also take a page out of the latest Pokenmon game, letting Pikachu play a little bit of dress up, with Pikachu Libre looking quite fitting for the combat in game.

The Spring 2016 release window is worldwide, so those in the US need not worry that Nintendo will make them wait.