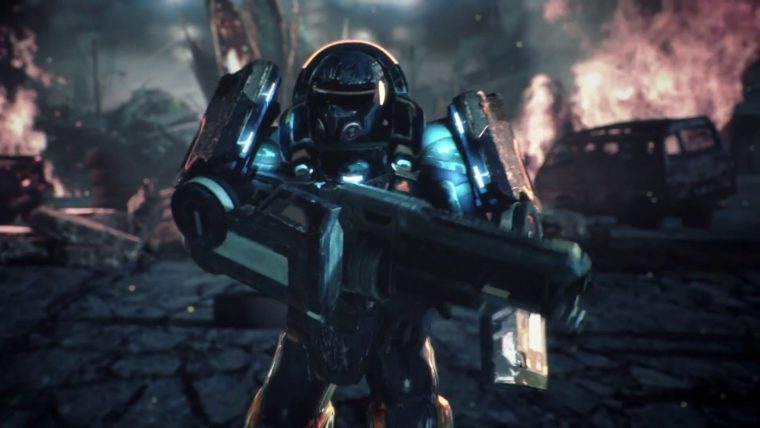 Alienation, is a top down online shooter from the same studio that made the “eye-melting voxel-based shooter” Resogun, which released on the PlayStation 4 in 2013. The game features three main character classes and weapon customization to give a large range of differing team setups. Alienation was originally unveiled last year at GamesCom but has been rather under the radar since the initial announcement.

The footage shows very early pre-alpha gameplay recorded during a three player co-op session. Note that as the game is only in pre-alpha, being still in the infancy of game’s development process, thus there will be many improvements to come. Giving a taste of what to expect from the top down shooter the gameplay already looks explosive and like it will offer an entertaining co-op experience.

For those who are still skeptical Housemarque’s Mikael Haveri has made some interesting comments, about pre-alpha gameplay, that suggest there is more depth to the game than shown off:

“The first reaction to seeing the gameplay footage might feel a bit like confetti shot from a minigun (we like explosions), but the game actually relies heavily on tactical teamwork amidst all the chaos.”