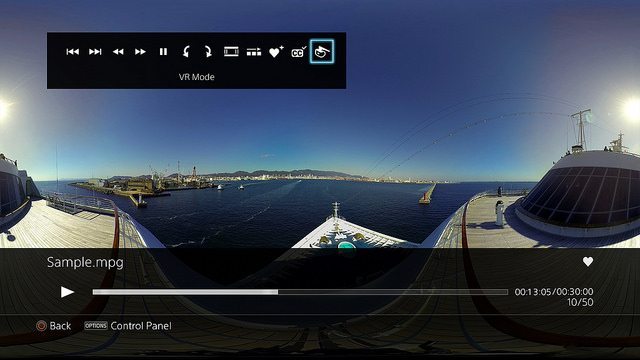 Sony has released a new update for the PS4 media player. It takes the version number up to 2.50. It adds support for PlayStation VR and more.

One of the biggest features of the media player is you can now view 360 degree videos and photos. You can see them via the PlayStation VR unit. You just have to activate the “VR Mode” from the options menu. Description for which files work can be seen below.

Another new feature added to the update is support for “for high-res (FLAC) audio files”. There is also an upscale feature in order to make your low compression audio files sound better than ever before.

The update for the media player should be out today (October 13th). The 360 degree video and photo feature sounds very cool. It’s a great new way to share your holiday photos to family and friends.