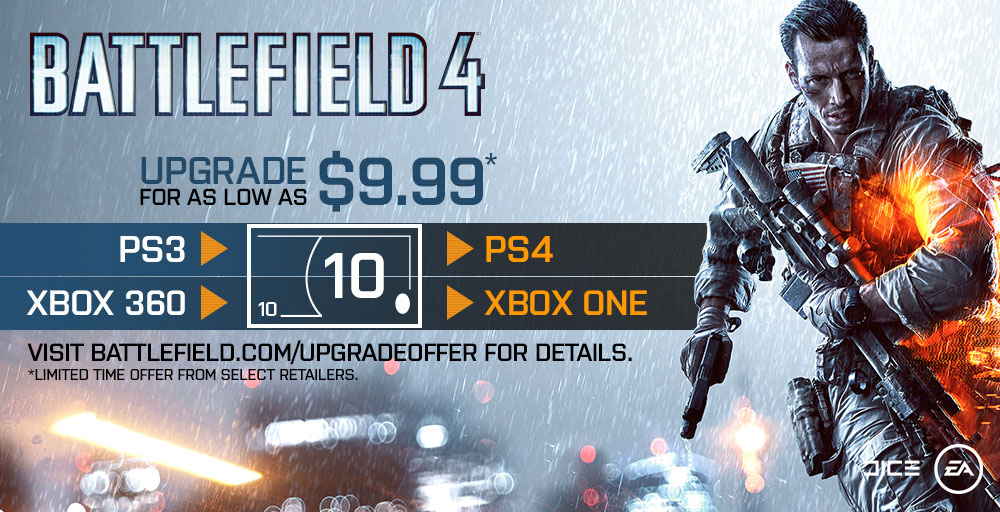 EA already has a program in place with select retailers that allows you to buy Madden NFL 25, Fifa 14 and/or Battlefield 4 on current gen consoles and then upgrade that game to next-gen consoles for as little as ten dollars. Also, according to Peter Moore, certain content will carry over from the current gen version to the next gen version. He indicated that stats and unlocks from Battlefield 4 and Ultimate Teams for Fifa 14 and Madden NFL 25 will carry over. This is also in line with Microsoft announcing the “Season Pass Guarantee” that allows you to obtain a season pass for select Xbox 360 games and receive the download equivalent on the Xbox One.

In other news, Microsoft has teased an image of the “very first Xbox One off the assembly line” if the tweet by Major Nelson is anything to go by.

The very first #XboxOne off the assembly line. @XboxP3 is taking it to TGS next week http://t.co/7p001eklUy

This is a few weeks after Major Nelson also that the first Xbox One shipments were loaded and prepared to sent to retailers.