PSA: First Wave 5 Amiibo Are Out In Japan Today

The latest news in the world of video games at Attack of the Fanboy
June 11th, 2015 by Dean James

The first wave of amiibo launched back in November and since that time we’ve seen the launch of four full Super Smash Bros. waves, a Super Mario Bros. line, and a few Splatoon amiibo as well. We’ve known since early April that the US would not be getting Wave 5 amiibo until sometime in July and September, but Japan is getting started much earlier.

Unlike the US that is getting only two amiibo in the first part of Wave 5 and five more amiibo in the second part, Japan is getting them a little more evenly. Starting today, four new Wave 5 amiibo will be hitting shelves in Japan, with three more coming in late July.

The four that make up the first run of Wave 5 amiibo in Japan are Dark Pit, Palutena, Zero Suit Samus, and Ganondorf. Nintendo Inquirer compiled some images of the new amiibo on Twitter, including the above image from soymilk_7310 and the below image from bichachioji. 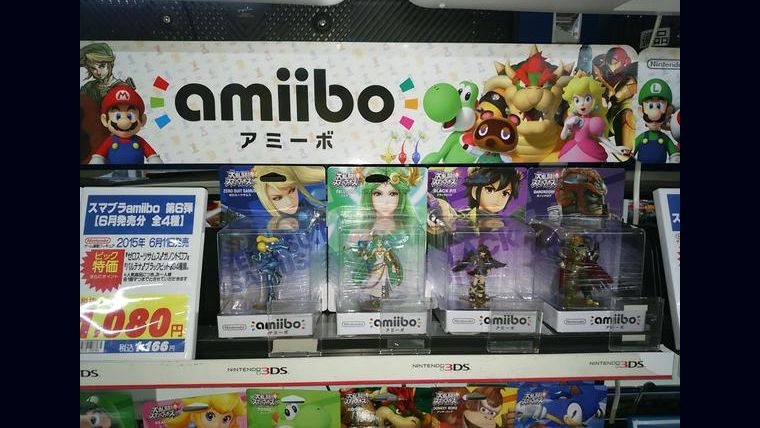 These four really do look very good now that we’ve seen actual images of the amiibo themselves, rather than just quick shots in the Nintendo Direct. These are four more amiibo that I cannot wait to add to my collection in the future.

Dark Pit and Palutena will be coming to the US next month, while Zero Suit Samus and Ganondorf will be part of Wave 5b in September. For those that may be worried about getting them ordered here, you may want to keep your eyes open for any Japanese sites. These will likely not be showing up too often now that they are released, but it is possible they will pop up here and there.