The latest news in the world of video games at Attack of the Fanboy
March 23rd, 2016 by Dean James 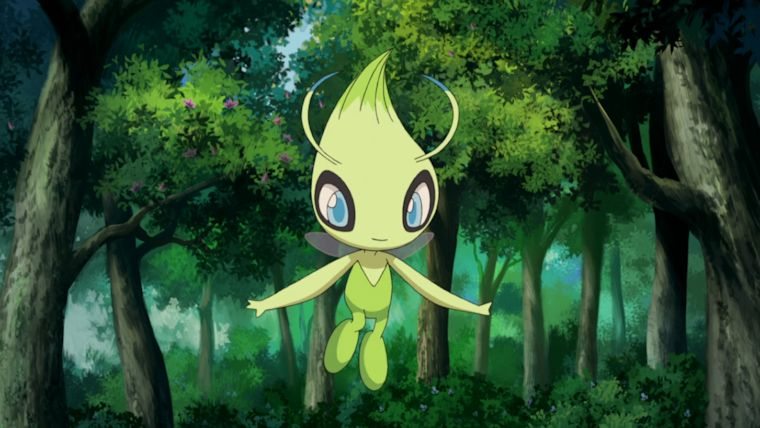 Pokemon is celebrating its 20th anniversary all throughout 2016, with Pokken Tournament and the Virtual Console releases of the original games releasing over the last month, and Sun and Moon coming later this year. In addition, they are holding monthly special distributions of legendary Pokemon, of which the latest is almost over for this month.

Celebi first debuted as a special event Pokemon back in the Gold and Silver era, which made it quite difficult to get with the distributions being much less frequent back then. However, Celebi has been distributed more recently through GameStop back in 2011 and as a gift for using the Pokemon Bank with X and Y, but still obviously is highly sought after.

That is why it is great news that Celebi is the second legendary Pokemon to be distributed as part of the 20th anniversary celebration, though it is much more simple than last month.

Last month kicked off the special distributions with Mew, which was available only by getting a card with a code from GameStop stores. However, getting Celebi is much easier, as you just simply have to download it through Mystery Gift on your copy of Pokemon X and Y or Pokemon Omega Ruby and Alpha Sapphire.

Just fire up your game and choose Mystery Gift. Then select Receive Gift and Get Via Internet. Give it a minute and it then it will find Celebi and let you get access to it. It will then tell you to start up your game and go to any Pokemon Center and take Celebi from the delivery person. Just make sure that you have an extra space in your roster and this Level 100 Celebi will be yours.