The latest news in the world of video games at Attack of the Fanboy
June 9th, 2017 by Jose Belmonte 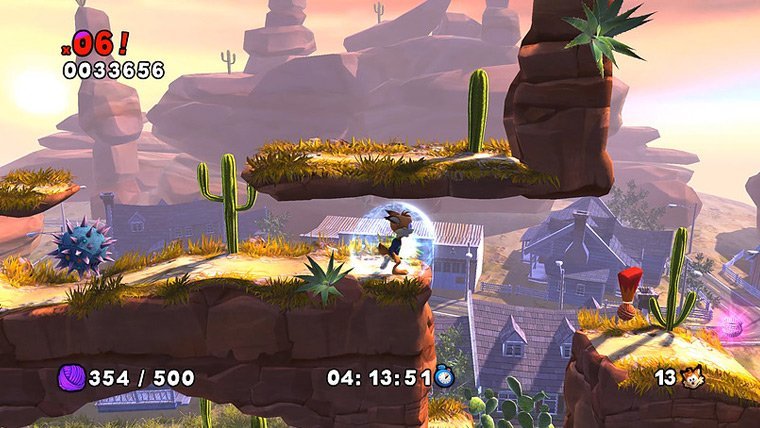 The company Accolade, a popular publisher from the 80s and 90s, is making a return to the videogame industry announcing a revival of one of its most well-known properties: The Bubsy platforming games. Titled “Bubsy: The Woolies Strike Back,” the game is a classic 2D platformer that makes players take control of the famous cat for the first time since its last official adventure for the original PlayStation in 1996.

Developed by Black Forest Games, creators of Giana Sisters: Twisted Dreams, the game will feature “a bevy of exotic locations” and make players face “a battalion of Woolies, sharks, and bees, not to mention the gnarliest UFO to ever grace a Bubsy adventure.”

Inspired by Super Mario Bros. and Sonic, the Bubsy series started in 1993 with Bubsy in Claws Encounters of the Furred Kind, released for SNES and Genesis. Three more games would follow in the next years, with a compilation of the first two titles called Bubsy Two-Fur coming in 2015 for Steam. While never reaching the popularity of the big platforming titles of the time, Bubsy has remained in the collective memory as a guilty pleasure for many.

It is also rumored that Accolade could try to revive other of their most popular brands after the new Bubsy title, as this message from the publisher’s official website suggests: “Accolade returns with classic all new, reimagined games from its vast catalog and brand new franchises that will thrill anyone from 9 to 90 that calls themselves a gamer.” Some of the brands that could be revived include Hardball, Deadlock, Redline, Slave Zero, and Eradicator, among others.

Bubsy: The Woolies Strike Back will be released for PS4 and Steam in September. For now, watch the trailer and judge by yourself if the series needed to be brought back to life.

Bubsy™: The Woolies Strike Back Teaser