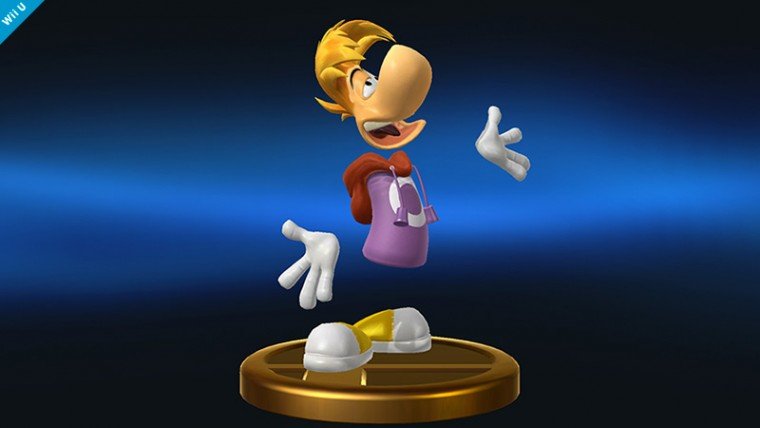 Update: Nintendo of Canada have contacted us and Matt Ryan was just referring tot Rayman as being as a trophy only and not a playable character as initially thought.

You may have remembered Rayman was teased as only a trophy in Super Smash Bros. Apparently, Nintendo of Canada’s Matt Ryan says he is actually playable in the game.

When Ubisoft and Nintendo shared the Rayman trophy in Super Smash Bros., many people were excited yet disappointed. There was no mention of the popular Ubisoft mascot being added to the game as a playable character. Many people assumed the trophy was his only way of appearing in the game. Both Nintendo and Ubisoft didn’t really share any more details after that as other characters were announced to be playable for the game instead.

Nintendo of Canada recently participated in a new video called “Super Smash Bros. Wii U Gameplay Session”. In the video, Ryan talks casually about the many fighters that will be playable in the game. In terms of new fighters, he said “Rayman and a whole bunch of others”. He did not state anything about Rayman only being featured in the game as a trophy as initially expected.

Maybe this means Rayman will be playable in Super Smash Bros. after all. It’s a few months until the game releases on 3DS and Wii U. It’s possible an official announcement could be made at Gamecom.