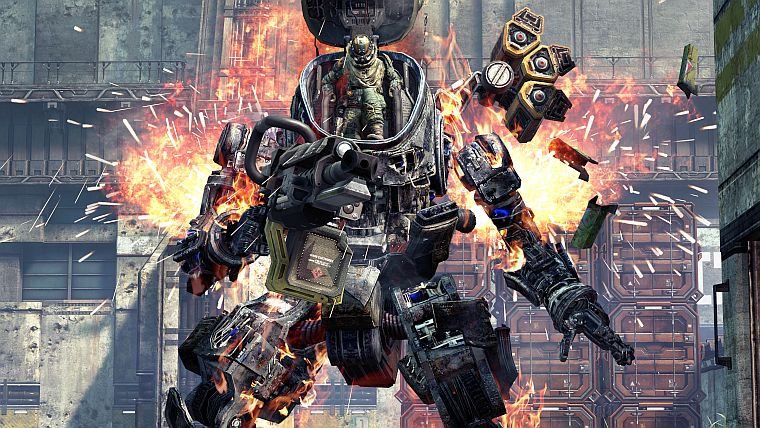 There has been no shortage of news concerning the frame rates and resolutions of games when doing Xbox One and PlayStation 4 comparisons, with the PlayStation 4 either winning out or tying in performance for all mulitplatform games. This has been dubbed by gamers and journalists alike as “Resolutiongate”, a play on the Watergate scandal. However, speaking at PAX East, Titanfall producer Drew McCoy feels that gamers are getting worked up over nothing, and that Resolutiongate is a “war” where no one wins.

He continued, “We consciously just decided that we’re going to make a game that’s fun and new and exciting and then worry about making it as good-looking as we can. And I don’t think we made an ugly game, but no one in the office will tell you we made the prettiest game out there. Or [the one that] runs at the highest resolution.”

At the end of the day we don’t really care

True to his word, Titanfall currently runs at 792p on the Xbox One while other games, such as inFamous: Second Son, Killzone: Shadow Fall and Forza 5 all run at 1080p. However, McCoy teased that there were still improvements to be had for Respawn in regards to resolution.

“We have more that we can do. We’re looking at performance stuff on Xbox One; the PC patch added some stuff; and we’re working with NVIDIA for some things on PC as well. At the end of the day we don’t really care. People were roasting us because we run at higher than 720p but we’re not a solid locked [60fps] yet. And it’s like, ‘Yeah, well you know what, guess what? The GPU isn’t always a thing that limits your frame rate and your performance.’ So we hit the highest resolution we could without limiting the GPU.”

Titanfall was the best selling game in the U.S. during the month of March, according to NPD. Its first DLC, titled Expedition, is set to release in May with three new maps.