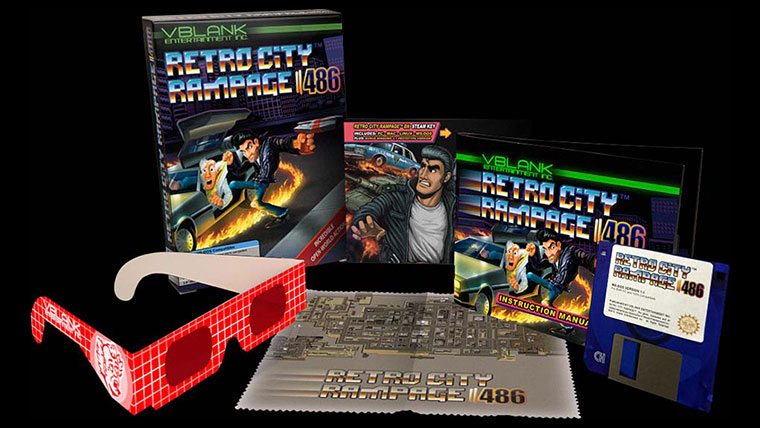 While everyone is hyped for the release of Windows 10, VBlank Entertainment has also released their MS-DOS version of Retro City Rampage, a free download for existing Mac/PC owners, and with it announced a physical and limited edition.

This edition is limited to 1,000 copies, each individually numbered with a unique sticker of authenticity. Those who preorder it now will get it for $29.99, with the price increasing to $39.99 in the future. Currently this edition is set to ship in mid to late August, so make sure to preorder today.

For those interested in the floppy disk alone, you can purchase it separately for $14.99. It comes in the aforementioned colors and also includes a Steam key for Retro City Rampage DX.