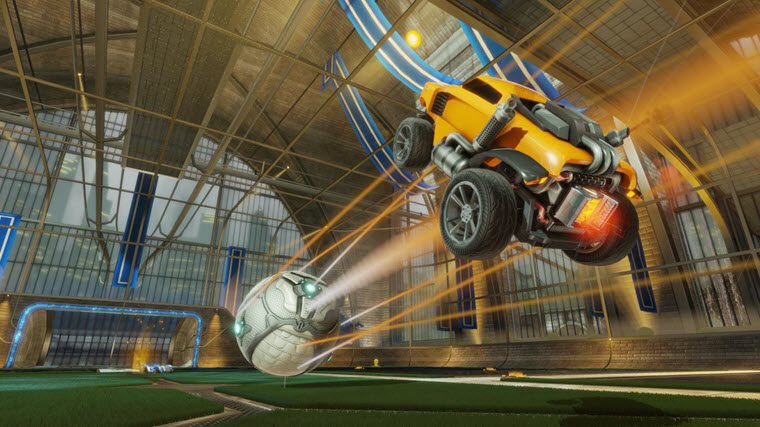 Rocket League update patch 1.16 is now available for the PS4 and PC versions of the game. The game’s basketball mode will be released at a later date so look out for that soon.

All of the update patch 1.16 notes were revealed via the official Rocket League website. Several general gameplay improvements have been made plus the game’s ESRB rating has been lowered to E for everyone instead of E10+.

Repaired collision issues that resulted in incorrect ball-bounce behavior in some maps, Additionally, the “Wasteland” Arena received collision improvements to eliminate inaccurate bounces, ESRB Rating has been lowered to “E” from “E10+” (this should just affect parental control settings)”

General bug fixes: “Fixed an exploit that allowed Battle-Cars to jump considerably higher than they were supposed to”. This is all the bug fixes that were listed. Giving feedback to the developer should allow them to fix any more bugs in the game.

Hopefully the basketball mode will be released very soon. It’s expected to be out in April 2016, so the release date should not be too far off. It will be available on all versions of Rocket League.