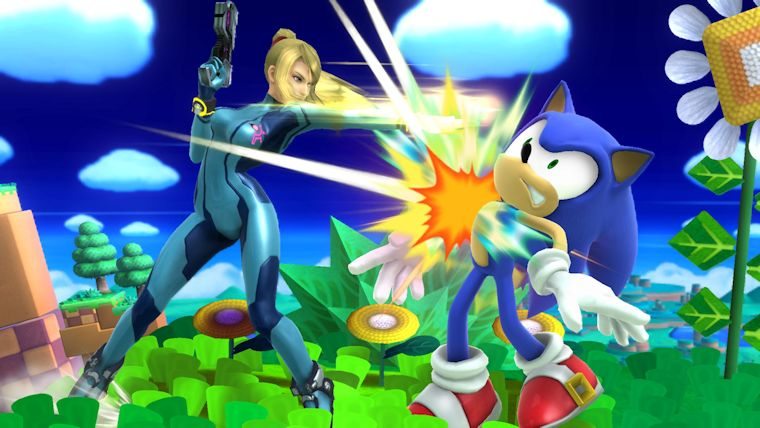 Super Smash Bros. 3DS finally released in Japan just the other day and is set to arrive early next month in the US, but many are waiting for the Wii U version of the game. Luckily, it might not be so far away according to a leaked pre-order reservation card. 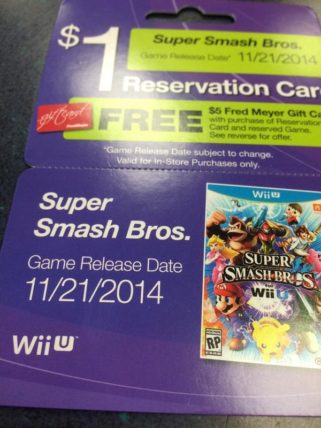 While far from a national retailer, Fred Meyer is a pretty well known department store in certain parts of the country, akin to Walmart. As a result, of course they sell video games and offer pre-order registration cards. Luckily, a Twitter user named BluesDriveBuster has posted an image of what he says is a pre-order registration card for Super Smash Bros. Wii U that happens to reveal the previously unannounced release date.

According to the card on the right, the game is set to release on November 21, which is the day that many predicted we’d see a release. While Pokemon Omega Ruby and Alpha Sapphire come out the same day, this isn’t an uncommon practice from Nintendo, who love to release games just prior to Black Friday. Last year we saw Super Mario 3D World, The Legend of Zelda: A Link Between Worlds, and Mario Party: Island Tour release on the same day, with the same time period as this rumored date. This follows other games that released around the same time as well, such as The Legend of Zelda: Skyward Sword a few years ago and others.

Hopefully this ends up being the actual date, as that means we will get the game in our hands even sooner. However, while this one has an image that looks authentic, it should still be taken with a grain of salt as it could be photoshopped or just incorrect on Fred Meyer’s part.