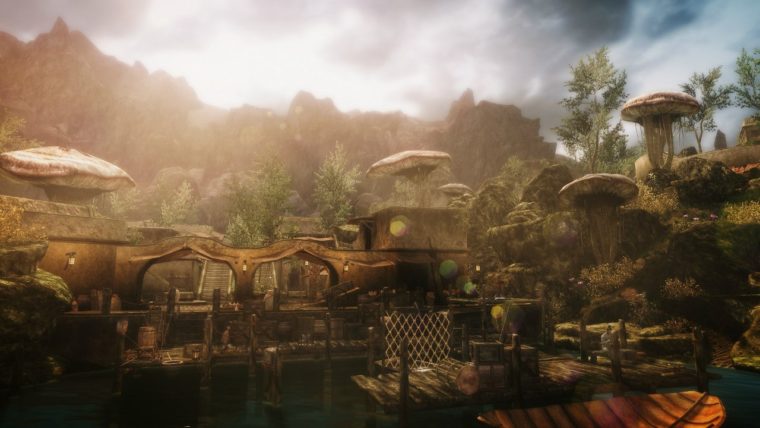 A group of modders called TES Renewal are attempting to bring past Elder Scrolls titles into their more up-to-date engines. The current project, called Skywind, is taking The Elder Scrolls III: Morrowind and updating it to the Skyrim engine. This means you’ll be able to play through the story and world of the classic open-world RPG with greater visual fidelity than ever before.

The work can be seen in the trailer below, showing off various parts of the Morrowing world, but with the greater graphical capability that was displayed in 2011’s The Elder Scrolls V: Skyrim. The mod functions within Skyrim, but you will need to own both games in order to play. In fact, according to the TES Renewal website, you will “need a copy of TES III: Morrowind, including the Bloodmoon and Tribunal expansions installed correctly on your system. Plus TES V: Skyrim of course.” They emphasize that the copies will need to be legitimate, even if you have pirated copies that function they will not work for this mod.

Using the Skyrim engine also adds a few of that game’s modern elements, such as smithing and crafting, to the older game. “This is not yet implimented, but in the future you will be able to craft many of the objects from Morrowind using local materials. That means real mining and Morrowind style crafting stations too. These recipes will be balanced so as not to interfere with normal Morrowind gameplay though.” This also applies to fast-travel and quest markers, which many die-hard Morrowing fans might wish to avoid. The team was sure to point out that with a few changes those features can be disabled for a true Morrowing experience.

The only plan for a release date is “when it’s finished”. You can download what the team has at the moment, but most features are not implemented so more work is necessary before final release. The team is open to others helping them out, so click here to find out how.

The team is also planning to take The Elder Scrolls IV: Oblivion and port it to the Skyrim engine. Work on this is not planned to start until Skywind makes its final release. Another project the team worked on was Morroblivion, which ported Morrowind to the Oblivion engine. This reached completion and can be downloaded here.