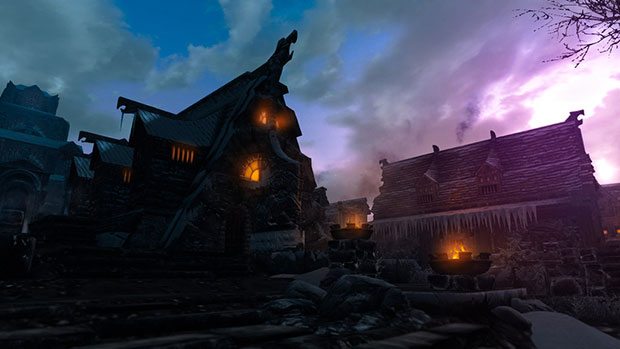 Bethesda Game Studios has begun the rollout of Skyrim update 1.8. Right now, the update only outlines some bug fixes on the PC and is available only on Steam. Skyrim developers anticipate that this update will arrive on the Xbox 360 and PlayStation 3 at a later date, but whether it is groundwork for future Skyrim DLC or not wasn’t addressed in the announcement.

Bethesda has said that are new details on the way about Skyrim content development, but that there was nothing to share at this time. The RPG has already seen two expansions released in 2012, the Skyrim Dawnguard expansion and Skyrim Hearthfire.

The expansions were released to the Xbox 360 and PC platforms, with the PS3 version of the content being held back by quality issues. Could this upcoming update finally be the one that gets Skyrim expansion content on the PS3? Bethesda hasn’t said yet, but there most recent statement on the progress of the PS3 version was that they were not giving up on getting the fixes in place to get the content to PS3 Skyrim players.

As for the beta update, here’s what you can expect on Steam