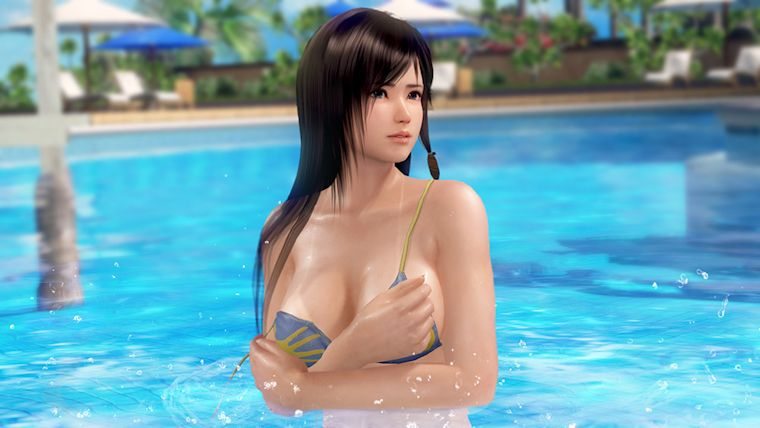 Dead or Alive Xtreme 3 has been quite a controversial topic ever since it was first announced earlier this year. This is more than anything to do with the reasoning for the lack of a Western release for the game, and this time a big name at Sony has weighed in on this PlayStation platform exclusive.

Dead or Alive Xtreme 3 is set to release this coming February in Japan and Asia, but after initial rumors that we wouldn’t get a release in the US, that was confirmed to be the case by Koei Tecmo and Play-Asia a few weeks ago.

With different reasons given for this decision, including Dead or Alive 3 Xtreme’s content and previous sales in the series, Sony Worldwide Studios president Shuhei Yoshida has now come out to explain just why this is the case in an interview with 4Gamer, which has been provided by NicheGamer.

“It’s due to cultural differences. The West has it’s own thinking about how to depict women in games media which is different from Japan […] Speaking personally, if it is a representation acceptable to the general people in Japan, I wouldn’t be concerned about it in Japan. It’s a difficult problem.”

Going further, Yoshida compared to situation to how Dragon’s Crown was just fine in Japan, but sparked a lot of controversy in the US upon its release in 2013.

It seems like this definitely is one of the big reasons for Dead or Alive Xtreme 3 not coming to the West but I’m sure sales are also a part of the decision, as they may could overlook some controversy if it could possibly be a big hit.

Remember that an Asian version will be released besides the Japanese that will be in English, so it can definitely be imported if you really want to get the game.