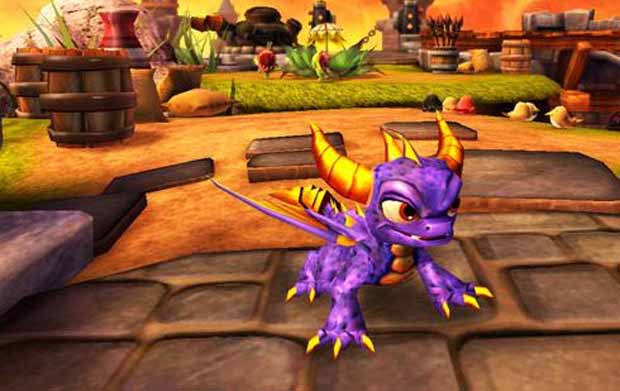 The recent Activision earnings call highlighted a new venture for the company, one that would blend the world of toys and video games.  It has been revealed that Activision’s next big new project is Spyro’s Adventure.  Labeled as “an entertainment breakthrough for the toy and video game industry”, Spyro’s adventure will allow players to transport real world toys into virtual worlds through the Portal of Power.

“Toys with brains seems to be the buzz words that Activision is using to describe the new game.  These are more than action figures.  They are inter-action figures.” said Eric Hirshberg.  By pairing world class character design, world-class video game design and world-class story telling into one entertainment experience, we’ve given players a whole new genre that bridges the gap between the real and virtual worlds.  From the first a kid picked up a stick and pretended it was a sword, toys have unlocked kids’ imaginations.  And how often have you wanted to bring those toys to life, to see them become animated and take them on an adventure?  Skylanders Spyro’s Adventure does just that.”

Skylanders Spyro’s Adventure is set to debut at the American International Toy Fair.  Expect more info coming while the fair runs from February 13th to 16th.  So there you have it.  Still glad they axed Guitar Hero?