Starting with a new Life is Strange game 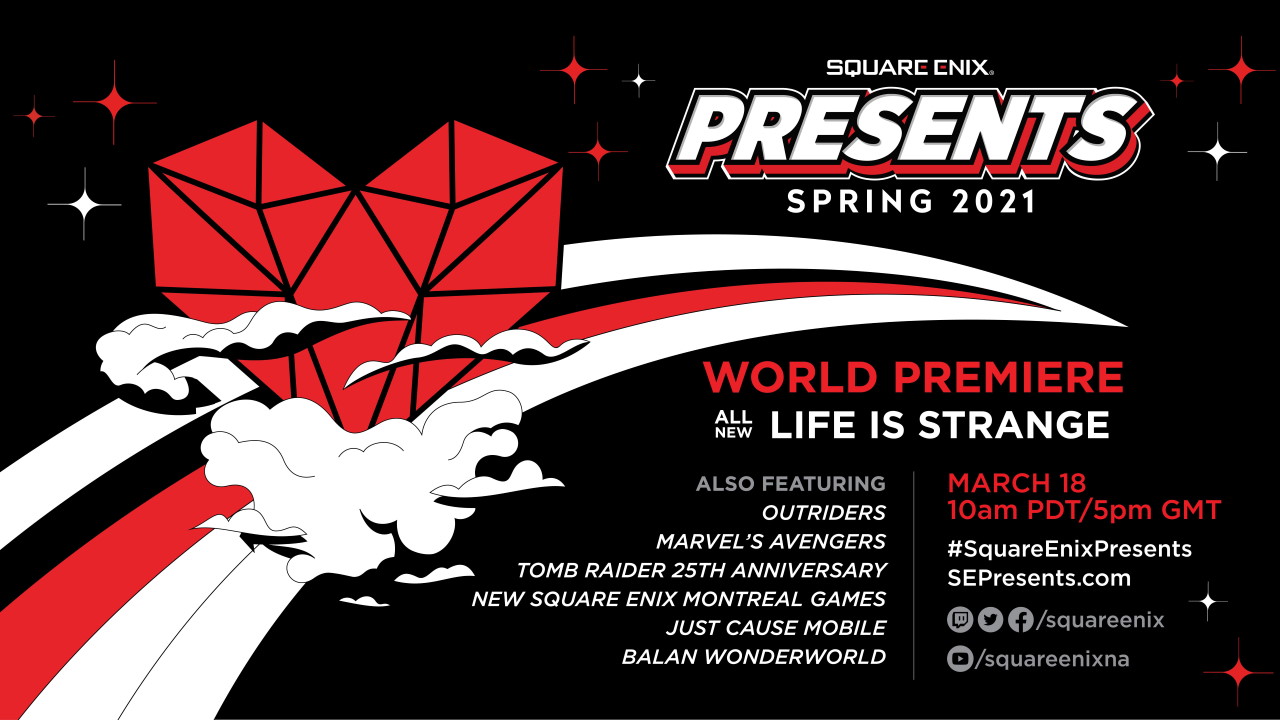 Fans looking for updates on Final Fantasy 7 Remake and many other games will have something to be excited for with the reveal of Square Enix Presents. This new video series will be used by the hugely popular publisher to announce new games and offer more details on already revealed titles such as Outriders. The series will continue throughout the year, starting on March 18th at 1pm Eastern Time.

Each Square Enix Presents video will be available on both Twitch and YouTube with the first set to run about 40 minutes in total. What will fans see during the show? The series is kicking off with a big new reveal for the Life is Strange series, announcing the latest game in the franchise. Not much has been announced yet, but the latest game will feature a new protagonist who wields their own unique power. But that won’t be all, the following games have all been promised to have new trailers, announcements, or gameplay footage as part of the first Square Enix Presents video.

Due to the COVID-19 pandemic live, in-person video game conferences and expos have almost all been cancelled for the past year and the foreseeable future. Even the once all powerful E3 looks to be skipping 2021’s LA-based convention for a digital experience. And so the big publishers have been following suit and releasing their own digital presentations to announce and reveal their games. So this seems like a great way to keep Square Enix fans informed while keeping everyone safe until vaccine efforts are complete.

Be sure to tune in on Thursday, March 18th at 1pm Eastern Time for the first Square Enix Presents and watch for more in the coming weeks and months.