Square Enix Is Remastering Romancing SaGa 3 for PSVita and Smartphones

The latest news in the world of video games at Attack of the Fanboy
March 28th, 2017 by Jose Belmonte 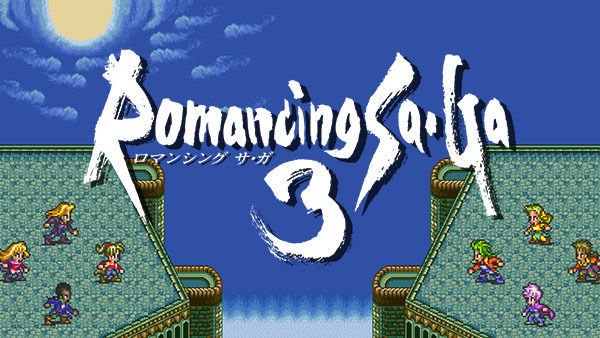 Square Enix has revealed that it’s working on a remastered version of the classic RPG Romancing SaGa 3. The new game will be released on PlayStation Vita and smartphones in Japan, while no details have been given about a Western release. For now the only new features announced from this version would be a full graphic upgrade, including characters, backgrounds, and menus.

Romancing SaGa 3 was originally released in Japan for Super Nintendo in 1995, and it was never brought to Western markets. Now, more than a decade later, the game will receive a second chance thanks to Square Enix’s renewed interest in the series, that includes the first ever release of Romancing SaGa 2 in the West for Android and iOS devices, or the latest game in the series, SaGa Scarlet Grace, released exclusively on PSVita in Japan last year.

While the only new changes announced for this new version include a graphic upgrade for backgrounds, characters and menus, we can probably expect some of the new features of the re-release of Romancing SaGa 2 as well, including an auto-save function, a New Game + mode, a new interface especially designed for smarpthones, and maybe some new content in the form of new dungeons.

Romancing SaGa 3 was the final entry in the series to be released for Super Nintendo, and despite being a classic RPG, it also introduced some changes that made it quite an unique experience. For example, instead of basing the character development on a traditional level system, the stats of the characters improve individually according to their performance in battles. Characters can also learn new skills during combats, often turning battles in their favor, and the Commander Mode allows them to learn group techniques.

At the beginning of the game players get a choice to make one out of eight characters the main hero of their adventure, and through the rest of the game they will be able to recruit up to 23 group members.

The fact that Square Enix translated and released Romancing Saga 2 in Western countries is definitely a good sign that the same could happen with this third chapter. However, the PSVita version could find it more difficult to launch outside of Japan, since we are still waiting the release of the previous game.

Check out more images and artwork of Romancing SaGa 3 in the newly open Japanese website.