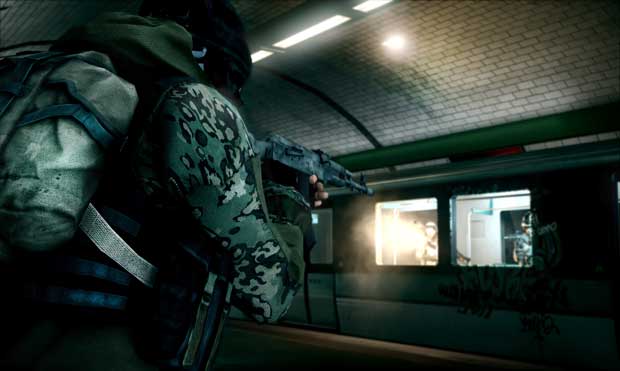 Electronic Arts and Valve are having differences right now regarding the Steam distribution platform and Battlefield 3 might not be heading to the online network if things don’t get sorted out.  The news came in earlier in the week that the possibility of Battlefield 3 forgoing Steam when it launches this October.  More recently, GameStop has chimed in on the matter stating that EA won’t be releasing the game on Valve’s network but will likely be trying to sell the game on it’s new Impulse Network.

Valve and the Steam network have their hands full with many outlets trying to get in on their racket.  EA is launching it’s “new and improved” (rebranded) distribution channel, Origin.  While Gamestop has got the wheels in motion to take a share of Steam’s revenues as well, with Impulse.  What neither of the two service have that Valve has is the huge loyal customer base that are perfectly happy playing games on Steam.

The Battlefield 3 spat follows Valve pulling Crysis 2 from their service due to business terms that are still unclear to the public.  One thing is certain, whether it’s a difference in philosophies or just an attempt to grab market share, cutting the biggest distributor in the PC market out of the picture for one of the biggest games of the year is probably not a great business decision.  Hopefully they can come to some sort of arrangement before October.

As for Battlefield 3 on GameStop’s Impulse, no comments have been made by EA regarding this possibility.