The latest news in the world of video games at Attack of the Fanboy
January 16th, 2017 by Kyle Hanson 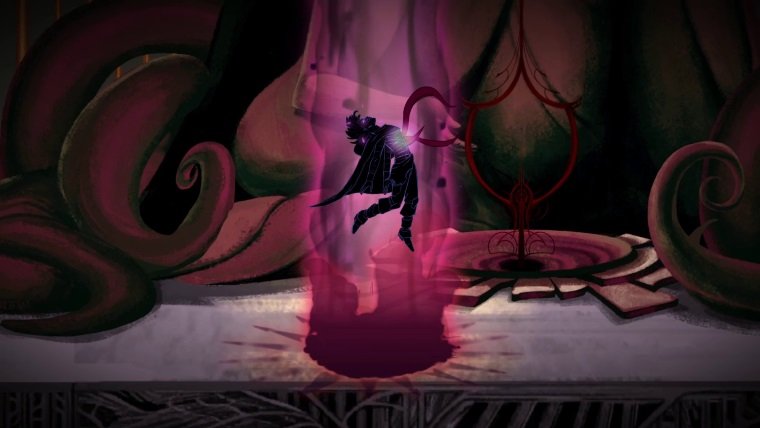 The Metroidvania genre has been a favorite of indie developers for years now, but few have brought as much style and creativity as Sundered. The new game from Thunder Lotus Games, Sundered is currently in pre-alpha, with a Kickstarter that just launched. Despite this, the short demo that I played felt polished and refined, while convincing me that Sundered should be on every gamer’s “must-play” list for 2017.

The game’s great qualities start with its gorgeous art style. Everything in Sundered is hand-drawn, giving the game one of the most unique looks out there. Of course, just being different isn’t enough to earn gamer’s money these days, so it helps that the art is actually really good. The world of Sundered is bleak and depressing, but you will still find yourself lost staring at the backgrounds and marveling at the design of the enemies and levels.

The levels themselves are procedurally generated, allowing for near-endless replay. Of course, once players become familiar with the formula it can get less exciting, as the levels aren’t so much new as obviously generated. Sundered could have this problem down the road, but so far it’s been different enough each time, even in the pre-alpha build.

As far as what you’re doing in those levels, well you’re fighting a lot of monsters. The combat is Sundered is pretty simple, consisting of just one attach button and some ancillary actions like dodging. This could get beefed up before the full release, but I wouldn’t expect it, and really I’m not asking for it. Jotun, Thunder Lotus’ previous hand-drawn game, also had simple controls and combat, and it worked perfectly with the atmosphere and feeling that the game was trying to convey. Sundered also works well with its simple combat, allowing you to run and jump through the levels without worrying about cumbersome controls. 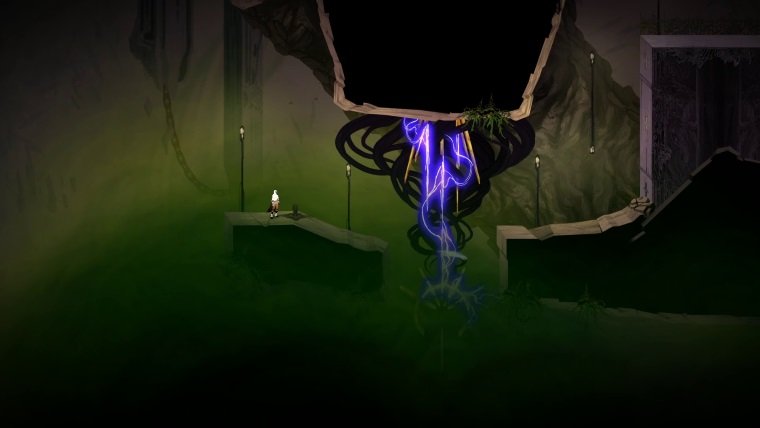 Sundered has a lot more depth hidden away though, with its upgrade system, which keeps it from being a roguelike game where all your progress is lost upon death. There is also a very interesting mechanic where you can attain an improved version of your new skills by corrupting them, which will factor into the story in some way. I haven’t explored this too extensively yet, but it seems to offer some incentive to keep playing and improving, even if you know you probably won’t make it to the boss.

Sundered is looking extremely solid, especially for a game that is so far from its final release. Thunder Lotus could easily have a new hit on their hands here, but of course there are some wrinkles to iron out. We’ll be keeping an eye on the game, so watch for more on Sundered before its July 2017 release date on PS4 and PC/Mac/Linux. The Kickstarter is running right now, so hit it up if this looks like the game for you.