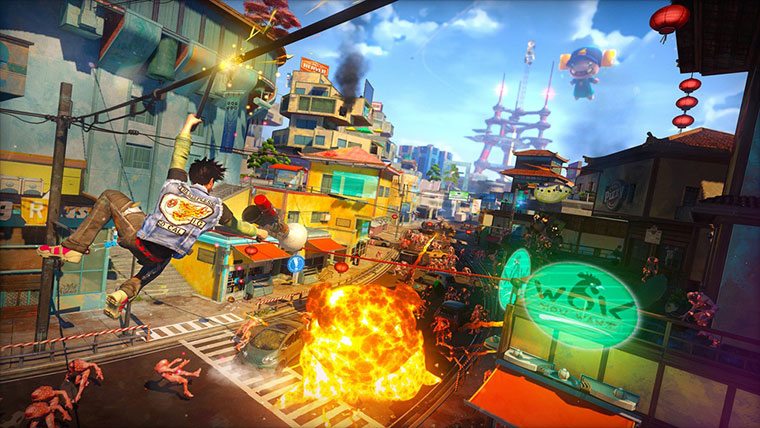 From Insomniac’s description of the mode, players will be able to transition quickly between the single player and cooperatives modes. The mission structure is always changing, so the goal is for Chaos Mode to feel unique each time you play it. Chaos Squad will also allow players to earn items and upgrades to be taken back to the single player side of the game.

The mode culminates in a Night Defense mode, which we played at E3 2014, and is most easily described as a “Horde Mode” or Wave Based Survival and Defense Mode. It allows players to use traps and power-ups to stop an ongoing mutant assault. While we didn’t get to see this aspect in action, the difficulty levels are said to spike depending on which objectives are completed leading up to the Night Defense finale.

Sunset Overdrive is coming exclusively to Xbox One in October.