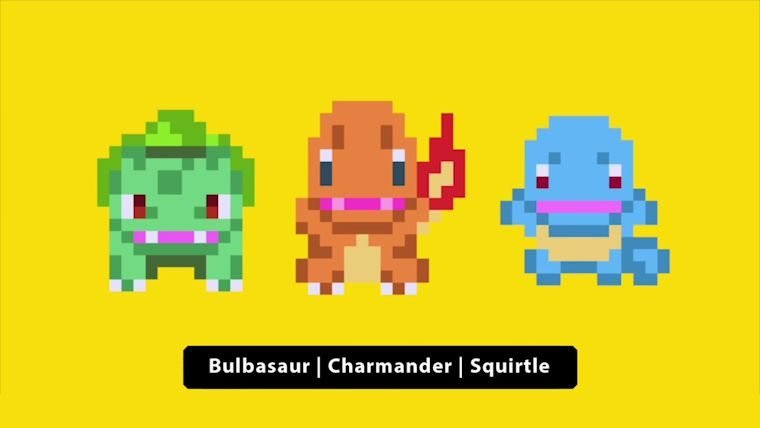 Super Mario Maker has been a pure joy for longtime Nintendo fans, as it has provided so much fan service since launch through its incredible lineup of different Mystery Mushroom costumes. They started off as mostly based off of existing amiibo, but they have branched out much more and a new trio of costumes is here to celebrate a very special anniversary.

2016 is the 20th anniversary of the Pokemon franchise, based on its launch in Japan, and The Pokemon Company is putting out all the stops to celebrate. We are getting the re-release of the classic Red, Blue, and Yellow on the Nintendo 3DS Virtual Console in a couple weeks and that seems to fit in just perfectly with the latest Super Mario Maker update.

Over the last many months, Nintendo has been gradually adding numerous themed Event Courses to Super Mario Maker, most of which provide special Mystery Mushroom costumes for completing. These have ranged from very well known characters to those only in Japan would know of, but our latest trio is well known everywhere, the original Pokemon starters of Bulbasaur, Charmander, and Squirtle.

By completing the special new Event Course, which you can see in the trailer below, you will receive one of the corresponding Pokemon Mystery Mushroom costumes. By completing the course two more times, you will earn the other two costumes as well.

This is great to see in Super Mario Maker, as The Pokemon Company has been pretty stingy with its allowance of Pokemon properties in other games. While we already got costumes based off of the amiibo characters in Super Mario Maker, other games have not been so lucky. Hopefully to really push the 20th anniversary, we’ll see them loosen the reigns a little bit in this department.