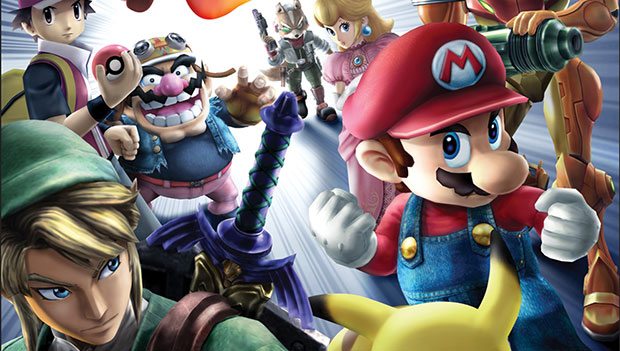 Super Smash Bros. for Nintendo 3DS is due to hit store shelves in Japan on September 13th, but a few have apparently broken street date allowing gamers to get a look at the final game early. Two of the people who got the game early have been streaming via Twitch allowing others to see almost everything from the final game as they unlocked it. This has revealed a few previously unannounced characters, but also left a few people worried as their favorite characters haven’t shown up yet. Spoiler warning: were going to discuss stuff you may want to remain a surprise for the final game.

So far the stream has revealed Wario, Ganondorf, Dr. Mario, Dark Pit, Falco, Ness, Mr. Game & Watch, and Duck Hunt (the dog from Duck Hunt) as playable characters in Super Smash Bros. for Nintendo 3DS. This doesn’t seem to be the full and final roster as the players are still unlocking characters, which can take a lot of time. So far the reveals fit with the previous major leaks where we got a look at the supposed final roster and a few videos of unannounced character.

As far as what characters seem to be out, we can’t be sure of anything as the players continue unlocking new items and characters. Possible exclusions include Solid Snake, Ice Climbers,  and Wolf O’Donnell from Star Fox. These seem very likely to not feature in the final game at this point, but anything can happen as the streamers continue to play. It is important to note that the characters will remain the same for Super Smash Bros. for Wii U.

If you would like to follow the leaks as they happen you can track them with this NeoGaf thread, this Reddit thread, or watch the streams yourself here, here, and here. You can check out various screenshots that have been taken during the streams above which show a lot of the characters that have been revealed. There is also an official Nintendo stream happening tomorrow which will likely confirm a lot of this information.

UPDATE: A few more confirmations have come in from the streams and other sources. Alph from Pikmin 3 was announced as an alternate costume for Olimar by series creator Masahiro Saurai. Also series mainstay Jigglypuff was unlocked by one of the streamers. And while we already knew that Bowser Jr. was in the game, we can now confirm that the Koopalings are as well and will be simply added as alternate costumes for Bowser Jr. rather than individual characters like in Mario Kart 8.

UPDATE 2: R.O.B. has been confirmed and a supposed final roster has been revealed.