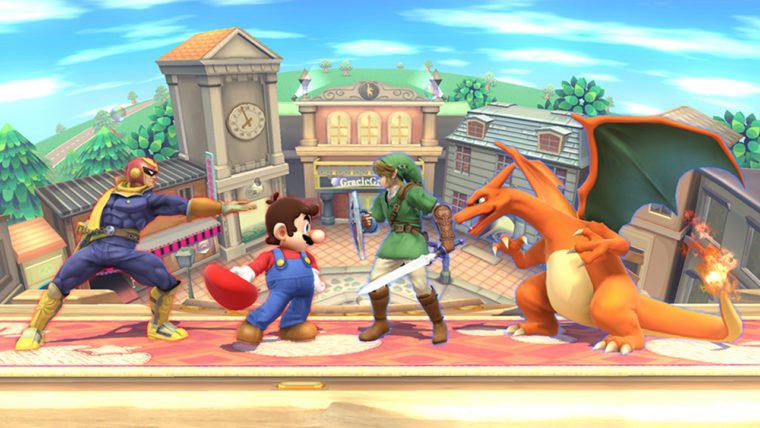 In this picture, the outlines may seem faint, but the color intensity is consistent

Today’s Miiverse update from series creator Masahiro Sakurai details how character outlines will work in the upcoming game on Wii U. It seems that the outline idea remains pretty much the same, but with some minor changes for the larger screen. On 3DS your character always has a thick outline around them, but in Super Smash Bros. for Wii U they do not. The outline is added during a team match and will look fairly small and faint while zoomed in close. However, it will remain the same “intensity” as the camera pans out, making it a more distinct element of your character.

Sakurai summed it up by saying “In the 3DS version, your fighter gets outlined by your team color. So, how does this work in the Wii U version? Check out this screenshot. In this picture, the outlines may seem faint, but the color intensity is consistent. This means that the farther away and smaller your fighter appears on the screen, the clearer the colors will look.”

This should help players keep track of their teammates during a frantic four player match on your big screen TV.

Super Smash Bros. for Wii U will hit later this year with a rumored release date of November 21st.