Telltale Opens Up About The Walking Dead: A New Frontier in AMA

The latest news in the world of video games at Attack of the Fanboy
June 13th, 2017 by Dylan Siegler 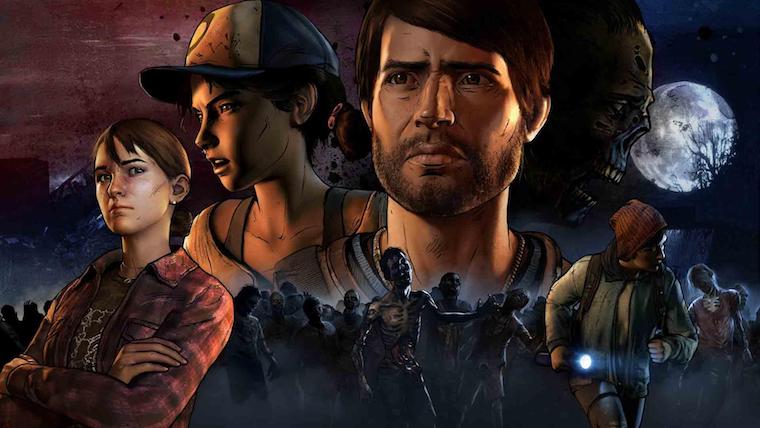 WARNING: This article contains MAJOR SPOILERS for The Walking Dead: A New Frontier.

Telltale’s The Walking Dead: A New Frontier ended two weeks ago when its final episode came out on May 30. The episode ended on a cliff hanger and confirmed that there will eventually be a fourth season to Telltale’s The Walking Dead series. Earlier today (June 13), two Telltale writers took to Telltale’s official forum in an AMA (Ask Me Anything) to discuss A New Frontier and answer fans’ questions. While wading through a swamp of complaints, the writers also gave some insight into the game.

The writers confirmed in multiple ways that decisions and events from A New Frontier will make an important impact in the eventual Season Four. For example, it was confirmed that Kate’s status (whether she is dead, alive, or her whereabouts unknown) in the finale will determine different possible stories in the future. Also, whether Clint and Joan are still alive or not at the end of the finale will apparently have “long-term consequences” in future entries of the series. It was also stated that surviving but determinant characters (meaning characters who survived but who could have died if the player made different decisions) will be more important in the next season and won’t simply be killed off in a short flashback, the way Kenny and Jane, the determinant characters from Season Two, were in the first episode of A New Frontier. The writers also assured fans that they have plans for Kenny’s hat, should Clementine still have it by the A New Frontier finale.

Speaking of Kenny’s hat, there were several unused ideas for A New Frontier that were revealed during the AMA. Some of these ideas involved items, like Kenny’s hat, that were originally going to have purpose if the player chose to hold onto them longer. Other items with plans like this were Mariana’s cassette player, which the player was originally going to have the option to give to David upon meeting back up with him, and the chocolate bar, which the player could have actually given Mariana at one point in the writing process. It was explained that in an early draft of A New Frontier, Javier was forced to join The New Frontier, thus some of the early promotional material that showed him with The New Frontier brand on his neck. He would then escape The New Frontier in search of his family, while Clem would escape to search for AJ. Ultimately, the writers decided this didn’t feel like “an authentic Walking Dead story,” so it was changed into what we got. Other unused ideas include a slaughterhouse in which Max would die and Mariana would turn into a zombie, a flashback of Clem talking to her babysitter, Sandra, from the first episode of the first season, and a Spanish-speaking engineer who Javi would have to use his bilingual skills to communicate with. The writers explained that these, and many more ideas, were cut, even if the writers liked them. At the end of the day, however, they stated that while the game is imperfect, they’re proud of how it came out.

There were several things that fans were confused about, oftentimes for good reason. Luckily, that’s what AMAs are for. For those who chose to spare Max in their playthroughs, it became unknown what happens to him and Lonnie after they expose Joan. It was confirmed by the writers that they were locked in a cell for treason, the way Javi and David were, and were awaiting their trials when the zombies broke in. It is still unknown, however, whether they managed to escape, were killed by zombies, or are still locked up at the end of the game. When asked about Clem and Gabe’s determinate romantic interest in each other, after only knowing each other for a few days, one of the writers responded, “Have you ever had a crush on someone before really getting to know them?” I’ll let you decide if that’s a sufficient answer or not. The game’s noticeable graphical shift from the previous two seasons was explained as mixing the company’s classic line art style with a higher fidelity that newer consoles are now capable of. It was also stated that we’ll likely see more of the Garcias in future titles and that “there’s a chance” we’ll see characters with currently unknown fates from Season One and Season Two in the future.

A lot of fans asked about the backstories of various characters from A New Frontier and Telltale delivered. Tripp was apparently a poorly-educated dock worker before the zombie apocalypse, but used his street smarts to survive and eventually became in charge of defending Prescott’s perimeter. Conrad was a baseball fan and owned a small restaurant before his family members were all brutally murdered at the beginning of the apocalypse. Joan was explained to be “a divorced single mother, a driven child of immigrants, who worked her way up to COO of her furniture manufacturing company, running the factory as both den mother and disciplinarian. She knew every employee’s name, but also everyone’s weak spots.” Clint was a stockbroker who loved gardening and dreamed of meeting a girl he could share his garden with someday. Dr. Lingard “was a world-class oncologist and a respected faculty member at the University of Virginia School of Medicine.” It was explained that The New Frontier came into being when Joan and Clint, who were traveling together, met David and Lingard at the Shenandoah orchard and formed The New Frontier’s council. Eleanor’s backstory as a character wasn’t explained, since her character apparently changed so much in rewrites that “her original backstory no longer makes sense,” but it was revealed that in early drafts of the story she was meant to be Joan’s daughter.

What We Don’t Know

The writers couldn’t answer any questions specifically about the upcoming season, so all we know so far is that there will in fact be a Season Four. We don’t know what it will be called, when it will come out or who the playable character(s) will be.

Home / Game News / Telltale Opens Up About The Walking Dead: A New Frontier in AMA