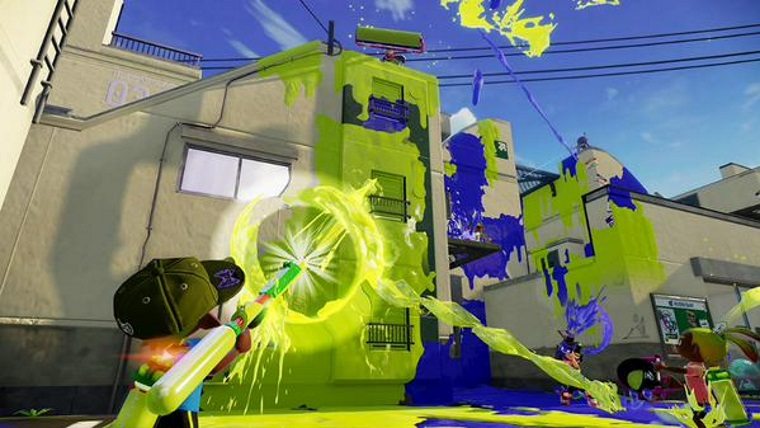 Today at 10pm ET Splatoon will get yet another new map via free DLC. Along with the new map will come an assortment of weapons that add some variety to the already robust selection found within Splatoon. The map, called Flounder Heights, will be the eleventh available in the game, which launched with just five.

Since the beginning Splatoon has seemed different, launching with a very trimmed down set of content with the promise of more to come later. Since launch Nintendo has fulfilled that promise, dropping updates left and right, many of which contain big chunks of gameplay content.

The biggest came earlier this month, with a single update adding new gamemodes, private lobbies, and altering the geometry of the already available maps. Many wondered if this was the end of the free DLC train, but today’s announcement shows that Nintendo isn’t done yet.

Of course, many will argue that many of these maps were finished already, with the DLC simply unlocking them for access. However, this doesn’t account for the design changes that went into the maps before and after release. It seems that Nintendo is set on providing constant updates to Splatoon, keeping it fresh and interesting for old and new players.