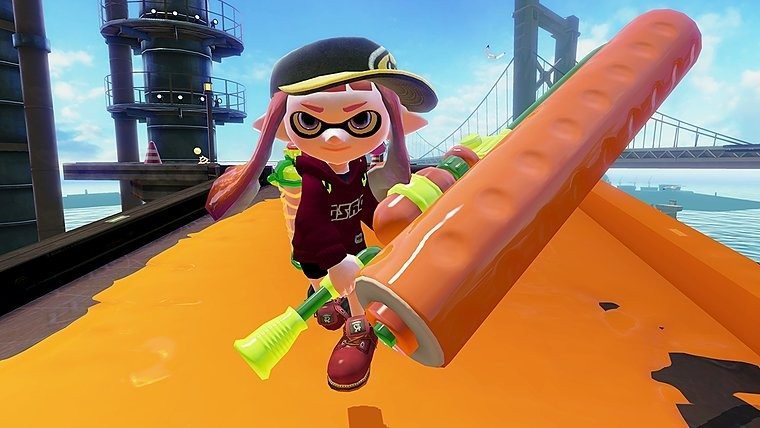 Game, the popular UK retailer, has issued a statement to customers stating that one of their trucks carrying copies of Splatoon and its many Amiibo figures has been stolen. “We regret to inform you that the lorry transporting the Splatoon stock from Nintendo’s European warehouse to GAME UK has been stolen,” reads the email. “Included in this delivery was our allocation of the Splatoon + Squid amiibo. As a result, we are unable to honour your original pre-order due for delivery on the 29th May 2015.” 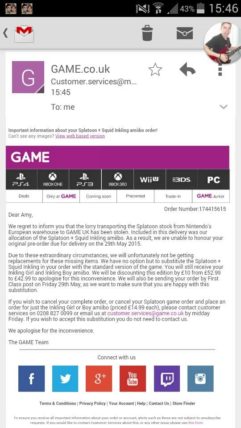 While losing this stock is pretty rough, the worst of it is the Splatoon special edition, which came packaged with an Amiibo. Customers who pre-ordered this special version will still get the game and the Inkling Boy and Girl Amiibo, but they’ll come as separate packages, instead of the limited bundle. Game is also discounting the orders to compensate for the inconvenience.

Users on Reddit and NeoGaf where images of the email were posted were quick to discuss the implications here. Stealing a truckload of video games is one thing, but this theft seems to emphasize the rarity and desirability of Nintendo’s Amiibo line of collectible figures. Fans who wish to buy Amiibo have had trouble with nearly every new figure, causing groups to form around locating and disseminating stock. Apparently thieves are catching wind and have taken action, which should make things much worse in the long run.