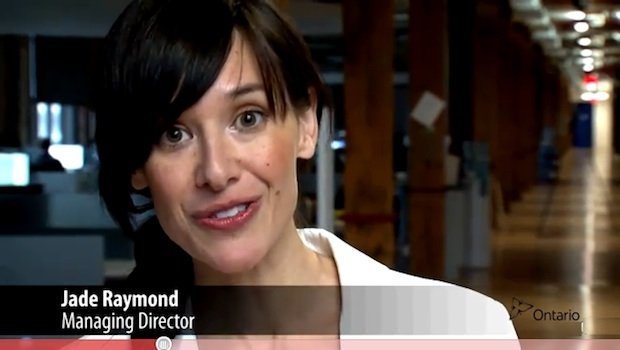 In a recent interview with Eurogamer, Jade Raymond who currently heads the Ubisoft Toronto studio, took a few minutes off from developing Splinter Cell: Retribution to tell the gaming industry how creatively stagnant it has become. “I don’t know when we decided as an industry that in order to sell five million copies of a game you have to make a Michael Bay film. There are other options,” she said. Very true, Jade. We all saw Transformers 3, there have got to be better creative choices out there.

Raymond issued a “call to arms” of sorts to her fellow developers in stating that too infrequently do developers tackle real social issues that are at the forefront of everyday news. While she believes other mediums address such concepts, video games continue to lag behind:

“It’s time for our industry to grow up. Why is it that so many topics that are dealt with in other media are off limits or taboo in video games? Why can’t we deal with the things that matter? I can think of so many examples of topics that could be interesting, issues that could be addressed in games or that could be integrated into existing big IP if we don’t want to make them the center of the experience. It’s our responsibility; doubly so for people like me who can make a difference, or push for something getting funded,” Raymond said in a recent interview with Eurogamer.

She continued by saying how her own staff often expresses interest in taking more creative risks than perhaps the industry encourages. “More and more people come to me at Ubisoft and say, ‘I love games. I came into this industry with so many ideas. But I can’t continue to make shooters over and over again. I’m not even in line with the messages.’ I have that meeting a lot these days,” she said. “Yeah, it’s time to give our teenage medium a kick in the balls.”

Raymond also expressed her belief in the fact that developers are more unlikely than ever to take creative risks as the most popular, financially successful titles follow a now trite formula that is revamped and rehashed again and again by other studios:

“Everyone is competing for the top slots to be Grand Theft Auto or Modern Warfare or whatever. The current tendency is to copy the games that occupy the top slots, not to try something different. It takes a real belief in the medium for a company to be willing to take the risk. But at the same time, whenever you see a big success it’s because somebody took a risk. I am pushing our creative teams to think about meaning and to say something deeper than at the surface level.”

The Queen of Ubisoft Toronto is spot-on in her analysis of creative dormancy in today’s gaming industry. The franchises and their developers who stand atop the charts are of course going to be unwilling to unnecessarily change a product that fans will continue to line up for year after year (see: Black Ops 2). It brings to mind the question, however: Do the industry’s most popular studios and developers have an obligation to be the paradigm when it comes to innovation? Raymond is of the opinion that these top companies should in fact be leading the industry into a new age for the medium, as they have the greatest resources available to do so. She didn’t shy away from naming one company in particular:

“One thing I am certain of is that the creative teams who occupy the top spots in our industry should be taking the greatest risks. Activision has the recipe and all of the money. I’m like: ‘You guys mess with it a bit!'”