Upcoming Xbox One Accessory Will Fully Charge Controller In 60 Seconds 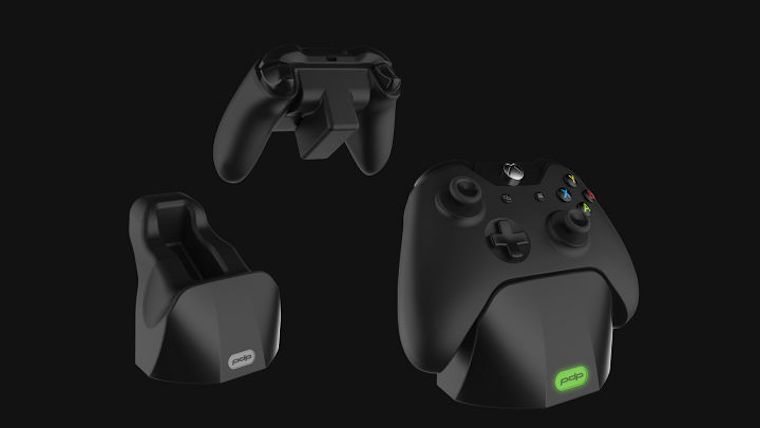 The movement to wireless controllers last generation really was a big deal towards making gaming even more convenient than it was, though the issue became having to keep controllers charged, whether with replaceable or rechargeable batteries. However, that may be a thing of the past with an upcoming Xbox One accessory from PDP.

Just like the Xbox 360, the Xbox One wireless controller runs on two AA batteries, though you can always buy the Play ‘n Charge packs to make it easier on yourself. The only downside here is having to stop gaming and wait if the controller dies, unless you have a cord that’s long enough to do simultaneously play and charge at the same time.

Coming out a week ahead of CES, IGN has reported on a new product from the third party accessory maker PDP which will revolutionize the controller charging game entirely that will basically erase this problem.

The Super Charger will be coming in the future from PDP and will be able to charge your Xbox One controller in a mere 60 seconds. It is said that this charge will last you 10-12 hours as well, which is rather incredible.

No pricing or release window was given for the Super Charger accessory for Xbox One, but more is likely to come during CES next week, so make sure to stay tuned.