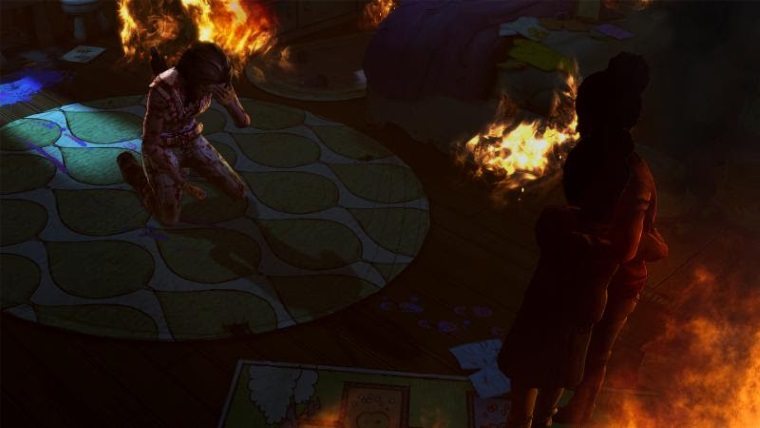 Telltale Games has revealed the release date for The Walking Dead: Michonne Episode 3 “What We Deserve” as Tuesday, April 26th. This third chapter in the Michonne side game will be the finale for the series, bringing to a close the events of the miniseries. We were promised that this series would have a quicker release schedule, and with each episode arriving almost a month after the previous, it looks like Telltale certainly delivered.

“In ‘What We Deserve,’ feeling the weight of choices both recent and long ago, Michonne tries to protect an innocent family… but Norma and the vengeful Monroe crew are closing in. As reality shatters and the ghosts of the daughters she abandoned demand to be heard, your choices will determine who lives, who dies, and what redemption really means in a world gone to hell.”

So far The Walking Dead: Michonne has not been up to the standards of the previous TWD games from Telltale. A feeling of familiarity mixes with an overall dull narrative to create one of the weakest entries from this venerable developer. However, the miniseries has held promise, with great performances all around, and a fascinating central character in Michonne. Can Telltale pull everything together for this finale? We certainly hope so.