New This Week in Video Games | Build Stuff in Skyrim

The latest news in the world of video games at Attack of the Fanboy
September 2nd, 2012 by William Schwartz 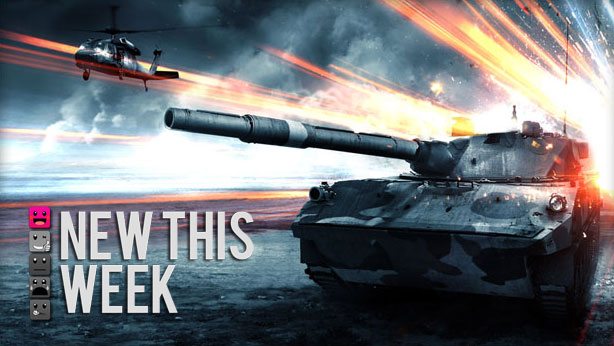 The Elder Scrolls V: Skyrim Hearthfire – Xbox 360 –  With Skyrim’s newest game add-on, Hearthfire, you can purchase land and build your own home from the ground up – from a simple one-room cottage to a sprawling compound complete with an armory, alchemy laboratory, stable, garden, and more. Use all-new tools like the drafting table and carpenter’s workbench to transform quarried stone, clay, and sawn logs into structures and furnishings. Even transform your house into a home by adopting children.

Mark of the Ninja – Xbox 360 – A ninja is powerful yet fragile. Quick but deliberate. Mark of the Ninja is a stealth platformer that puts you in control of a Ninja who’s clan is in danger of extinction. Observe your enemies from the darkness, manipulate them with simple yet versatile tools, and experience what it is to be a Ninja. From the award-winning studio that brought you Shank, Mark of the Ninja is a game about finesse, manipulation, and sacrifice.

Modern Warfare 3 Final Assault – Xbox 360 – Stay alive in Decommission, as you traverse through a graveyard of ocean liners. Take the fight out on the ocean in Off Shore, maneuvering precariously between three oil rigs. Take over an abandoned mining town as you do battle in the red rock terrain of Gulch. Have a little fun at your enemy’s expense in the beach wonderland of Boardwalk. Spice things up in Parish, as you fight through a militarized section of the famed French Quarter.