New This Week in Video Games | Skulls of the Shogun 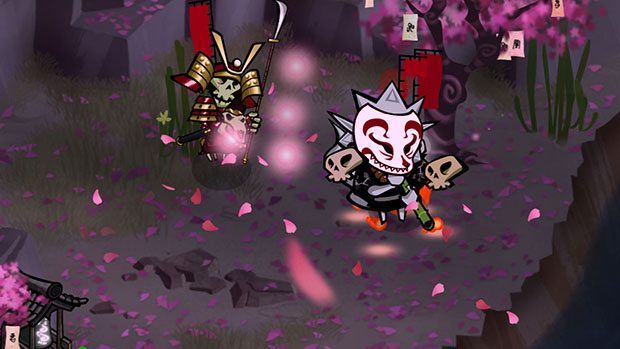 Hitman HD Trilogy – Xbox 360, PlayStation 3 – Experience more than 40 intense missions across 3 classic Hitman games, each re-mastered in glorious HD. Whether you’re a longtime fan or new to the franchise, this is your opportunity to take on the contracts that defined the series and fully established Agent 47 as the world’s deadliest assassin. Exclusive Art Book for Limited Edition version (first run version) 22 pieces of never before seen reinterpretations of classic moments from Hitman Contracts, Hitman 2 Silent Assassin, and Hitman Blood Money all done by top artists.

Heavy Fire: Shattered Spear – Xbox 360, PlayStation 3, PC – Your spy has stolen the secret plans to an Iranian nuclear weapons facility. Rescue him, protect your base, then take the fight to the enemy. Fight your way into the enemy base using all of the tools at your disposal including pistols, machine guns, shotguns, sniper rifles, grenades, helicopters, tanks, the mighty AC-130, night vision goggles, and more. Use the multi-directional multi-cover system to protect yourself along the way. Grab some of your buddies for 4-player co-op mode, or take on the enemy by yourself in single-player mode. Do you think you have what it takes to tackle the enemy in the edge-of-your-seat action shooter?

Dungeonland – PC/Mac – Dungeonland is a cooperative action game where players take control of a group of adventurers in their visit to a crazy and dangerous medieval theme park.  The Evil Lord Dungeon Master, tired of seeing his Grand Plan for World Domination™ constantly being thwarted by nosy, big-chinned heroes, is scheming to stop them once and for all!