The latest news in the world of video games at Attack of the Fanboy
February 18th, 2013 by William Schwartz 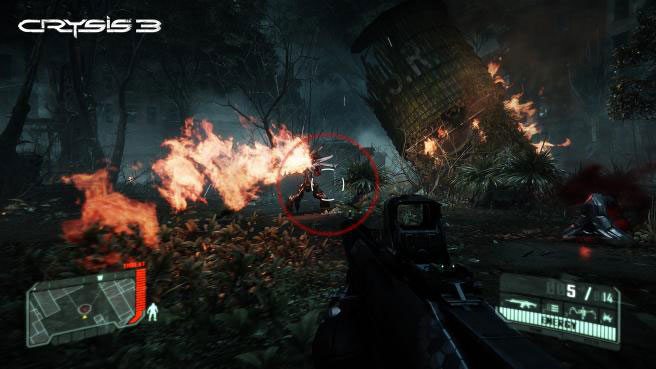 Crysis 3 – Xbox 360, PlayStation 3, PC – In the wake of the alien invasion, New York lies covered by a giant nanodome. Hidden from the rest of the world a secretive military faction has set up shop in the ruins of the city. What do they want? Who are they? What have they found? Uncover their true motives and bring them down from the inside out. The award-winning developer Crytek is back with Crysis 3, the first blockbuster shooter of 2013. Return to the fight as Prophet, the Nanosuit soldier on a quest to rediscover his humanity and exact brutal revenge. Adapt on the fly with the stealth and armor abilities of your unique Nanosuit as you battle through the seven wonders of New York’s Liberty Dome. Unleash the firepower of your all-new, high-tech bow and alien weaponry to hunt both human and alien enemies. And uncover the truth behind the death of your squad while reestablishing the power of human will in a rich story full of exciting twists and turns. Crysis 3 is the ultimate sandbox shooter, realized in the stunning visuals only Crytek and the latest version of CryENGINE can deliver. Now, prepare to assess, adapt, and attack.

Metal Gear Rising: Revengeance – Xbox 360, PlayStation 3 – METAL GEAR RISING: REVENGEANCE takes the renowned METAL GEAR franchise into exciting new territory by focusing on delivering an all-new action experience unlike anything that has come before. Combining world-class development teams at Kojima Productions and PlatinumGames, METAL GEAR RISING: REVENGEANCE brings two of the world’s most respected teams together with a common goal of providing players with a fresh synergetic experience that combines the best elements of pure action and epic storytelling, all within the expansive MG universe. The game introduces Raiden as the central character; a child soldier transformed into a half-man, half-machine cyborg ninja, equipped with a high-frequency katana blade and a soul fueled by revenge.

Capcom Arcade Cabinet – Xbox 360, PlayStation 3 – Capcom’s pedigree arcade games are back! Take on players from around the world in “score attack” and even play together with online co-op! (Only for titles that support this feature.) Check out these classic games, now loaded with a “casual mode” geared towards newcomers and other new features.

Assassin’s Creed III: Tyranny of King Washington DLC – Xbox 360, PlayStation 3, PC – It’s 1783 and the American Revolution is over, our hero, Ratonhnhaké:ton, awakens from an unsettling dream to find that despite his efforts to deliver justice in the newly-founded United States of America, a new king has been crowned – George Washington. Blinded by a thirst for unlimited power, Ratonhnhaké:ton must dethrone the tyrant and return freedom to the land.

The Elder Scrolls V: Skyrim Hearthfire DLC – PlayStaton 3 – With this official add-on to The Elder Scrolls V: Skyrim, you can purchase land and build your own home from the ground up – from a simple one-room cottage to a sprawling compound complete with an armory, alchemy laboratory, stable, garden, and more. Use all-new tools like the drafting table and carpenter’s workbench to transform quarried stone, clay, and sawn logs into structures and furnishings. Even transform your house into a home by adopting children.

Devil May Cry: Bloody Palace DLC – Xbox 360, PlayStation 3, PC – In a society corrupted by demons only The Order can see the world for what it really is. Join Dante in the ultimate experience of stylish action; chain together combo after combo with panache and dispatch demonic spawn back to hell – reveal the truth behind the lies. Explore Dante’s dark past encountering some the most familiar faces in the DmC universe. Call upon unimaginable powers combined with Dante’s epic arsenal of weapons: sword, scyte, axe, pistols and more.