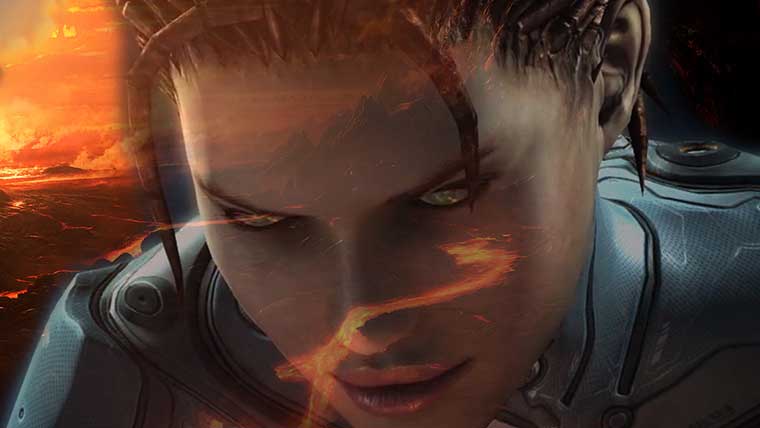 StarCraft II: Heart of the Swarm – PC, Mac – The Queen of Blades is gone. On the hellish planet Char, Jim Raynor harnessed the power of an ancient Xel’Naga artifact in a desperate bid to stop the zerg Swarm from overrunning the Koprulu sector, and the artifact restored Sarah Kerrigan to her human form. Without their queen to guide and unify them, the Swarm has fractured into several broods scattered throughout the Koprulu sector. One of the greatest threats to the galaxy has been neutralized… or so it seems.  Heart of the Swarm pushes StarCraft even further.  Delve deeper into the hive mind of the zerg than ever before, and improve the competitive play experience on Battle.net. We’re also bringing content made by our community of fans to the fore, and unearthing a playground of new maps.  StarCraft II: Heart of the Swarm is $39.99 on Battle.net

Battlefield 3: End Game – Xbox 360, PC –  Battlefield 3: End Game delivers some of the most high-speed warfare to date across four vast maps. Race through enemy lines using the new dirt bike, bringing speed and agility to the Battlefield, or fight back aerial assaults with new lightweight AA vehicles. Coordinate lightning fast attacks and defenses in the return of the classic Capture The Flag game mode. In the skies, the new dropship introduces the ability to turn the tide with rapid deployment air drops of troop transports.

Darkstalkers Resurrection – Xbox 360, PlayStation 3 – The beloved Darkstalkers fighting game franchise is back and ready to take the fight to current gen consoles. Featuring a unique and colorful cast of characters blended with fast-paced fighting action, Darkstalkers Resurrection contains two games (Night Warriors: Darkstalkers Revenge and Darkstalkers 3), for the price of one.  Each game has a slew of features added including: robust GGPO-enabled online game play, HD graphical filtering with multiple viewing options, replay sharing, Spectator Mode, in-game achievements, Challenge/Tutorial Mode and an un-lockable vault filled with concept artwork, videos and more. Darkstalkers Resurrection will be available to download for $14.99 on PSN and 1200 MSP on XBLA.

Sniper Ghost Warrior 2 – Xbox 360, PlayStation 3 , PC – Sniper: Ghost Warrior 2 is the only multi-platform, first-person, modern shooter exclusively designed around the sniper experience. It takes the bulls-eye precision of its predecessor to new and exciting heights, offering more diverse sniper challenges; a rebuilt AI system and the thrilling “one shot, one kill” precision that made the original a huge hit, selling 3 million copies worldwide. Taking advantage of the advanced capabilities of the CryENGINE3, Sniper: Ghost Warrior 2 also delivers striking graphic environments.

WRC Powerslide – Xbox 360 – Four cars on the same stage and WRC challenges with arcade flavour. Collect Power-ups during the race and use them to slow down your opponents and achieve victory! Choose between the official WRC cars and locations to experience exciting challenges with your friends in the online multiplayer mode. Otherwise select the single player mode and enjoy overtaking, acceleration and braking while paying attention to your opponents: because they will do anything to win!  WRC Powerslide is available only on the Xbox Live Arcade for 1200 MSP.

God of War Ascension – PlayStation 3 – A prequel to the original God of War, an unexpected and riveting journey that tells the dark and more human past of Kratos before he became the “Ghost of Sparta” will enthrall you with epic-and brutal over-the-top action, that retains the signature gameplay of this storied franchise in a fully-fledged single-player campaign.  Online come to the God of War franchise; Become a champion of the Gods! For the first time, unlike anything you have seen before, take the visceral, larger-than-life God of War combat online with our new empowering solo and team-based multiplayer experience.  You will start as a lowly warrior who pledges himself to a god and compete to bring glory and honor to Zeus, Ares, Poseidon, or Hades. Gain their Favor to master new abilities, magic, armor, and unique weapons as you rise to become the favored Champion and Legend of Olympus.

Dead Space 3: Awakened – Xbox 360, PlayStation 3 – Dead Space 3 Awakened, an all-new digital download pack. In Dead Space 3 Awakened, players will experience the franchise’s darkest chapters as the Necromorph battles become even more gruesome and terrifying than ever before. The pack will be available in March on the PlayStation®Network and PC via Origin.com for $9.99 and Xbox LIVE® Marketplace for 800 MS Points.