The latest news in the world of video games at Attack of the Fanboy
March 31st, 2013 by William Schwartz 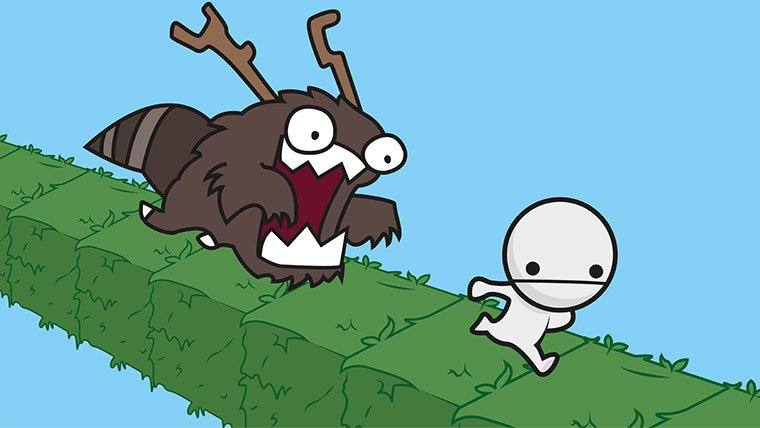 Battleblock Theater – Xbox 360 – Shipwrecked. Captured. Betrayed. Forced to perform for an audience of cats? Wait, what?? You’ve just unlocked the door to BattleBlock Theater! There’s no turning back once you’ve started on your quest to free your imprisoned friends from evil technological cats! Immerse yourself in this mind bending tale of treachery as you battle your way through hundreds of levels in order to discover the puzzling truth behind BattleBlock Theater.

Toki Tori 2 – Wii U – Toki Tori 2 is a puzzle adventure game in which you explore a lush forest island inhabited by strange creatures. Whistle and stomp to influence their behavior, and solve the puzzles. But what’s up with that black goo? It’s threatening your home world!

Evoland – PC – Evoland is a game and a story. The story of action adventure gaming as seen in the Zelda or Final Fantasy series, starting with the early age of action RPGs, when a few pixels were enough to make us dream for hours. New players will discover a bit of video game history and a very fun gameplay, and veterans will also enjoy a host of references to legendary titles scattered along the game.

Ninja Gaiden 3: Razor’s Edge – Xbox 360, PlayStation 3 – Razor’s Edge is leaner, tighter, and more thrilling experience than the original game, improved in every way. Drastically reduced story sequences, streamlined game flow, and improved A.I.  This is truly the sequel that NINJA GAIDEN fans have been waiting for.

Forza Horizon: Top Gear Race Pack – Xbox 360 – This collection of six new cars for Forza Horizon will be released on Tuesday, April 2 and will be available for 400 MS Points. The cars in this pack were hand-selected by the Top Gear magazine team and Turn 10 to provide an awesome driving experience for Forza Horizon fans, with an eclectic mix of cars – from the painter’s dream that is the 2011 Ford Transit SuperSportVan to the furious performance that can only be found in the 1998 Mercedes-Benz AMG Mercedes CLK GTR. In short, these are six cars that will make your garage grin.

Resident Evil 6: Left 4 Dead 2 Content – PC – Owners of Resident Evil 6 PC will be able to select one of four survivors from Left 4 Dead 2’s iconic cast – Coach, Nick, Ellis and Rochelle – when playing PC exclusive mode, The Mercenaries No Mercy. Each character will have a special customized weapon load-out created just for use in Resident Evil 6.