Where the Water Tastes Like Wine Gets a Release Date

The latest news in the world of video games at Attack of the Fanboy
February 15th, 2018 by Dylan Siegler 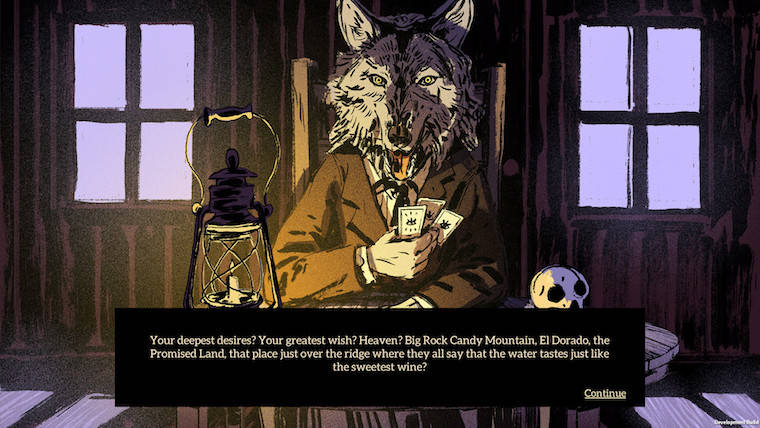 If you’re paying attention to the indie gaming scene, then one of the games that’s likely been on your radar is Where the Water Tastes Like Wine, a narrative adventure game that delves into the history and folklore of the United States. While the game has been expected to release sometime in early 2018, today (February 15) we got an official release date, and it’s soon.

It was announced earlier today in a press release that Where the Water Tastes Like Wine will be releasing for PC, Mac and Linux via Steam on February 28, less than two weeks from now. The game will cost about $20, but if you feel like spending a little more on the Special “Wayfarer” Edition, you will receive digital copies of the game itself, the game’s soundtrack and a digital art book.

In Where the Water Tastes Like Wine, players will travel across the United States, learning about its history of manifest destiny and its effect on the country’s citizens by talking to various characters and learning their stories. The game features voice work by world-famous musician Sting, Dave Fennoy from The Walking Dead: The Telltale Series, Cissy Jones from Firewatch and Kimberly Brooks from Mass Effect among others.