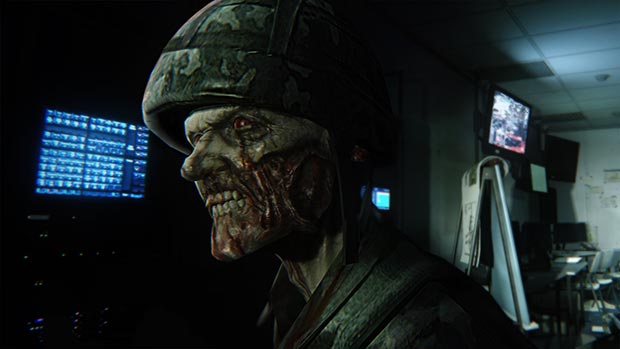 This week at Gamescom, Ubisoft demoed ZombiU, and upcoming title for the Nintendo Wii U. ZombiU will be a launch title for the console, and is looking to utilize the unique functionality that the Wii U affords with both the Nintendo Gamepad and Nintendo’s new online network.

Back at E3 2012, ZombiU looked extremely promising for those with a penchant for surviving the zombie apocalypse. Utilizing the gamepad as an in-game scanner, players will be able to scan rooms and examine the game world. Revealed this week, players will also be able to track down clues left behind by other players via Nintendo’s online network.

Sounding similar to Dark Souls’ functionality that allows players to leave messages to other adventurers in the world, ZombiU will allow players to either help or hinder their fellow survivors. This type of online connectivity may be taken for granted when talking about the PlayStation or Xbox brands, but this new level of engagement will be something brand new for Nintendo.

ZombiU is rumored to release alongside the Wii U this holiday season.