Win Game of Thrones for Xbox 360, PlayStation 3, or PC 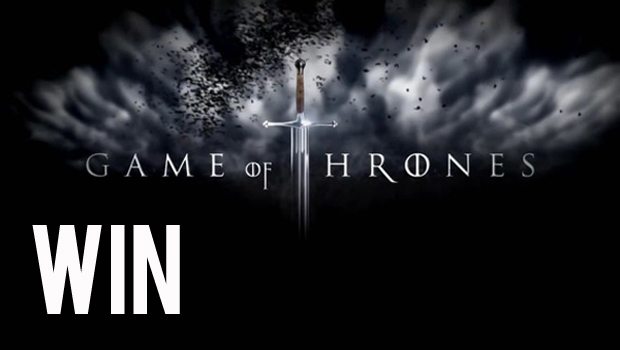 Game of Thrones is getting set to release on the Xbox 360, PlayStation 3, and PC on May 15th (Preorder Here).  Based on the popular HBO series and best selling book series “A Song of Ice and Fire”, this RPG  features a 30-plus hour role-playing experience , where players will enter the gritty and medieval fantasy world of Westeros.

As one of two original characters with disparate motivations, both former soldiers of Robert’s Rebellion, players will forge alliances and wage battles as they play a pivotal role in the ongoing war for power of the Seven Kingdoms. Their journey will span numerous quests, during which they will interact with many characters and make key decisions that impact the realm.

Moreover, Game of Thrones introduces an innovative “active slowdown tactical combat engine” in which the player can slow but not completely stop the action, forcing them to plan and execute quickly. In this way, combat delivers the intensity, grit, and realism that the books and TV series are known for.

Sounds good right?  Well we’re giving away five copies of this RPG at launch, with the Limited Edition Artbook and Brady Strategy Guide for each.  Entering for the contest is simple, if you’ve been around here long enough, you know the routine.  If not, just follow the instructions below:

RT The Following:   Win your copy of #GameofThronesRPG from @FanboyAttack. RT for your chance to win. Details here: bit.ly/JFS8fw #videogames #gaming

Leave a Comment on this page that you are on now

Five winners will be selected at random, across all methods of entry.  The contest will run until Sunday May 20th, when winners will be notified via direct message on Twitter, Facebook, YouTube, or by the email address that is used to comment on this page.  This contest is open to US residents only.  Enter as often as you like.