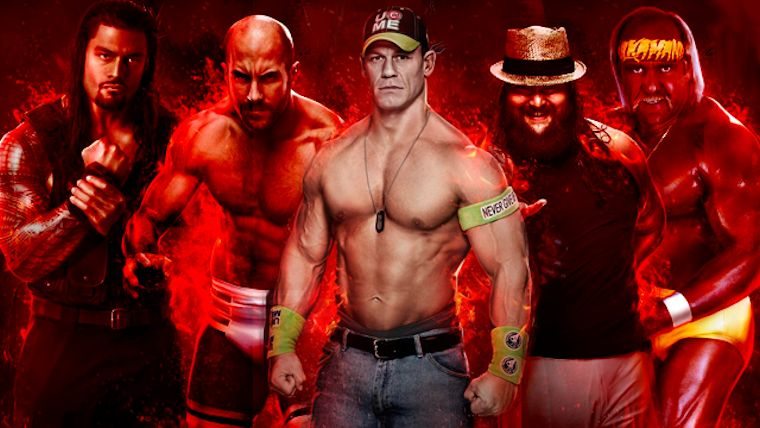 You can help make WWE 2K16 (and future games) better by letting 2K Games know how you felt about WWE 2K15.

WWE Games’ Community Manager, Marcus Stephenson, made this announcement over on the official forums:

“At the request of the WWE Games development team, our WWE 2K Feedback project NOW BEGINS!

We are asking for your sincere feedback and wishlist items on the future of WWE Games. What features do you want to see? What haven’t you liked in past years that you want improved?”

You can start giving them feedback by clicking here. There are individual feedback topics already laid out for you such as gameplay, roster, new features and more.

A lot of people were upset over WWE 2K15. Even the media gave WWE 2K15 mixed to negative reviews last year. Gamers had many issues with the game such as the removal of many features and how the Season Pass was handled.

WWE 2K15 lacked loads of matches, and you were not even able to create a female wrestler on the PS4/Xbox One versions of the game. Not to mention you weren’t able to upload your own entrance music anymore too. Hopefully these features are brought back for WWE 2K16.

The other thing WWE 2K15 did wrong was its DLC plan. Paige was only available if you bought the Season Pass for $24.99. This was a cunning move. It would have been better if she was available separately for like $1.99. Attaching her to the Season Pass seemed pretty low.

The Season Pass itself only featured Paige and the three 2K Showcase storylines. Other DLC such as the NXT, WCW and Moves packs were all sold separately. Other games give you every piece of DLC when you buy a Season Pass.

These are just some of the things that should change in WWE 2K16. If not in WWE 2K16, hopefully future games should improve on the mistakes that WWE 2K15 made.