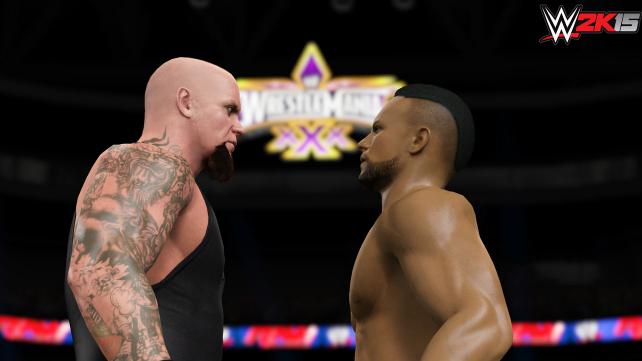 WWE 2K15 was announced for PC recently, but it looks like only Steam will have it.

IndianVideoGamer reports a 2K rep told them that WWE 2K15 is only a Steam exclusive at the moment. The game is available to pre-order on Steam now and you get a 20 percent discount for doing so.

If you are a PC gamer and want to play WWE 2K15, Steam is your only option for now. There isn’t going to be a retail disc version of the game anytime soon.

However, the 2K rep said a retail PC release for WWE 2K16 is a possibility. WWE 2K16 won’t be out until October or November, so you will have to wait for it to come. It will be interesting if the PC version gets releases simultaneously with the consoles.

WWE 2K15 being out on PC is quite a big deal. The last mainstream WWE video game to be out for PC was WWE Raw. That game came out way back in 2002. It’s taken 13 years for another WWE game to come to the platform.

Another reason gamers love WWE 2K15 being on PC is all the mods that can be done. Modders will have tons of possibilities to create lots of cool characters in the game and more.