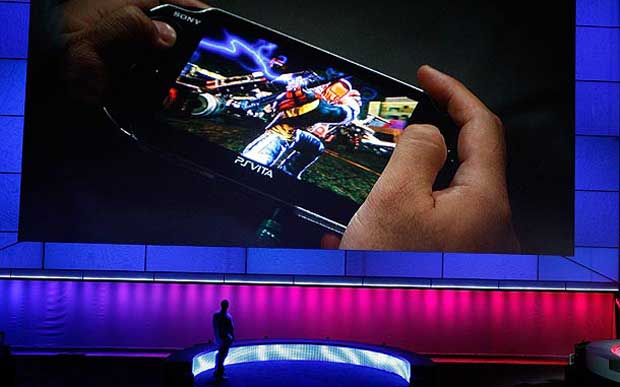 Microsoft has shown no interest in getting into the handheld gaming device market.  Well not in the traditional sense like Sony and Nintendo, who have released and are releasing dedicated traditional handheld gaming devices that don’t also incorporate a phone in them.  Microsoft is focused on the Windows Phone 7, and like it or not, alongside Apple and Android these are the competitors to the Nintendo 3DS and the soon to be released PlayStation Vita.

The message is simple from Sony and Nintendo, they believe that they offer a much more robust experience on their dedicated mobile devices than can be had on a smart-phone.  Nintendo which offers 3D capabilities without glasses, and a catalog of titles that are being designed specifically to take advantage of the handhelds capabilities.  The same rationale resonates from Sony concerning their next generation of portable gaming devices.

So why is Microsoft sitting another round of handhelds out?  Well it’s likely the viewpoint that the company shares with Apple, market trends, and a high level of uncertainty about the future.  Dennis Durkin COO of the Xbox brand recently sat down to give his thoughts on the PlayStation Vita and he has some serious doubts about the level of success a new gaming only handheld can have in this market that is now dominated by smart-phones.

“I’m not sure I would want to be launching a dedicated portable device right now into that market. I think the DS – if you look at the 3DS, certainly versus people’s expectation’s it’s not been as successful as people would have thought. So that’s a very crowded market and a very, very red ocean right now with a lot of change happening. So I’m not sure it’s [a good idea],” he told Industry Gamers. “You only have a certain number of bets you can make as a company and you have to decide what you want to put your wood behind and I’m just not sure that that’s a place that I would put mine.”