Xbox One Price Cut To $349 For Holiday Season 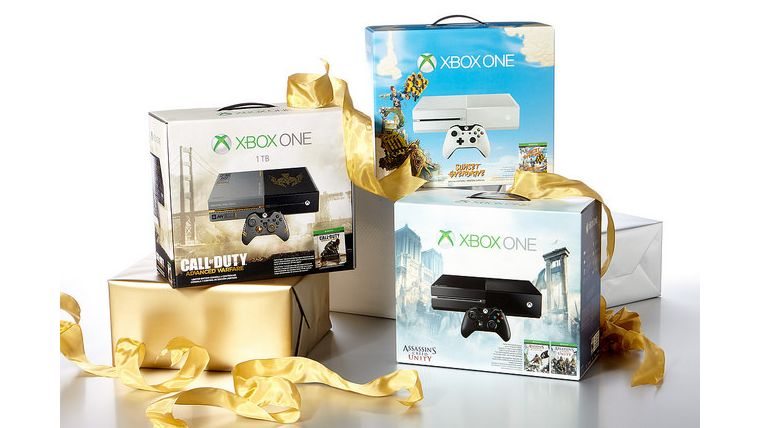 The Xbox One launched last year at $499 including the Kinect with all systems, but Microsoft chose to unbundle the two and sell a base Xbox One console for only $399 earlier this year, which helped to increase sales. Now, Microsoft may have just dropped the biggest bomb in awhile as they have reduced the price again, just in time for the holiday season.

Throughout the entire holiday season exclusively in the US, all Xbox One consoles and bundles will be $50 less, which means the standalone Xbox One will only cost $349. Major Nelson dropped this megaton through his blog, where he described three other upcoming bundles and their new pricing as follows:

Be forewarned, the offer is not valid instantly, but rather starts on November 2. As a result, if you are thinking about picking up an Xbox One this week along with Sunset Overdrive, you may strongly want to wait until next week now. Major Nelson also says the the new pricing will be available at most major retailers in the US, including Amazon, Best Buy, GameStop, Microsoft Stores, Target, Toys ‘R Us, and Walmart.

The deal will expire on January 3, so make sure to get one prior to that date, especially if you are planning to use all of those holiday gift cards you may receive. Will Sony answer with a price drop of their own, temporary or permanent? The ball is certainly now in their court after now being the more expensive of the two consoles after initially having a $100 price gap.