Zanzibar Gets Remastered for Halo: The Master Chief Collection 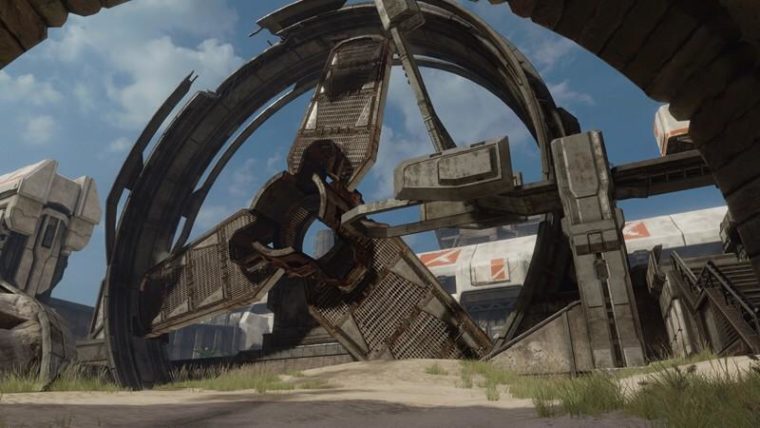 Today at San Diego Comic-Con 343 Industries announced the addition of Zanzibar as one of the six upgraded maps to be created for Halo: The Master Chief Collection. The news was shared by IGN, who is attending the convention being held this week in California. Zanzibar first appeared in Halo 2 where it quickly became a fan favorite. It was then remade as Last Resort for the release of Halo 3. Fans just can’t get enough of this map though, prompting 343 to add it to Halo 2 Anniversary Edition.

Fan-favorite map Zanzibar will be remastered for Halo: The Master Chief Collection

Zanzibar is an asymmetric map, with a beach on one side and a building on the other. Various obstacles stand in between, including a giant rotating fan. In my experience the map works best for gamemodes like deathmatch, assault, and one-flag CTF. Some of the best moments of Halo multiplayer can be had around this fan, as vehicles and players can get caught in the blades, leading to surprising results.

343 Industries went into a little detail about the original design for Zanzibar, since many of their developers had worked on Halo 2. Apparently it was one of the last maps added to Halo 2. By the time it was finished and added to the game, the entire single player campaign had been completed. This allowed some of the campaign designers to help out on the map’s development, possibly leading to its higher quality.

No changes to the map were mentioned during the brief announcement, but as we’ve seen with other remastered map Ascension, 343 is making some pretty cool improvements. Ascension, for example, will have a new shield that surrounds the middle area, along with new paths that fix some previous issues.

With six maps being planned for the remastering treatment, we have three completely confirmed, one semi-confirmed, and two mysteries. We previously speculated on what maps would make the cut in this article. Our list, with 100% confirmed inclusions in bold, was Ascension, Coagulation, Zanzibar, Lockout, Ivory Tower, and Sanctuary. Midship was reserved as a possible substitute for any of the unconfirmed maps. Lockout was the other semi-confirmed map along with Zanzibar, since some of the game’s developers have hinted at its inclusion before.

Halo: The Master Chief Collection will hit Xbox One on November 11th 2014.