The latest news in the world of video games at Attack of the Fanboy
September 25th, 2016 by Anthony Decicco 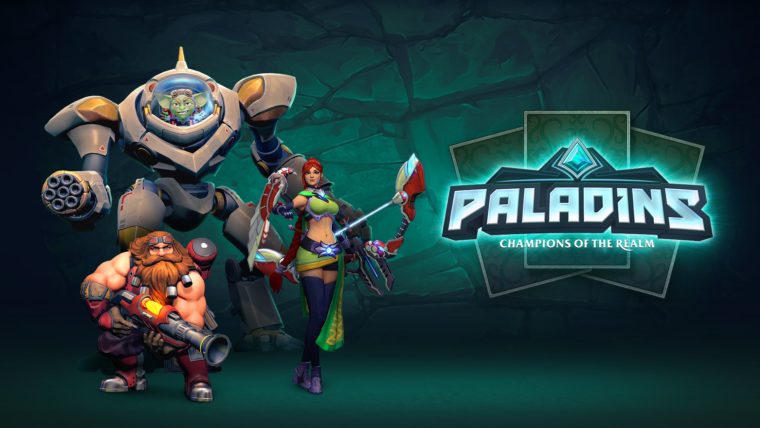 Overwatch might be top dog right now as far as shooter with a lively crew of characters, but Paladins is gunning for the top spot. After being out for a little over a week on Steam the game has already garnered a hefty following and a large player base.

Developers, Hi-Rez known for their take on the MOBA, SMITE, which started on PC and made it’s way to consoles, have something to celebrate with Paladins. The title has already passed one million downloads on Steam and rising. The title which mixes basic battle game tactics with an in depth card system that allows for players to tailor each character to their own customizations. The news is further backed by SteamSpy which allows fans to check out the ranking of their favorite steam titles. As of writing, the most concurrent users is around 48,339 and the early access beta itself has been downloaded well over one million times.

Now for those who want to argue that they are simply cashing in on Overwatch’s success or whatnot, let the record show that Hi-Rez was in Beta for Paladins long before Overwatch’s characters were known. Todd Harris, the studios COO has gone on record to say the characters that show similarities “were available and playable in the Paladins beta long before similar character abilities were shown in Overwatch” when he was asked about the possible ‘Overwatch clone’ nature of the game by IGN.

Paladins is available now on Steam, completely free via the open beta.