Top 5 reasons you should play a game from the 90s 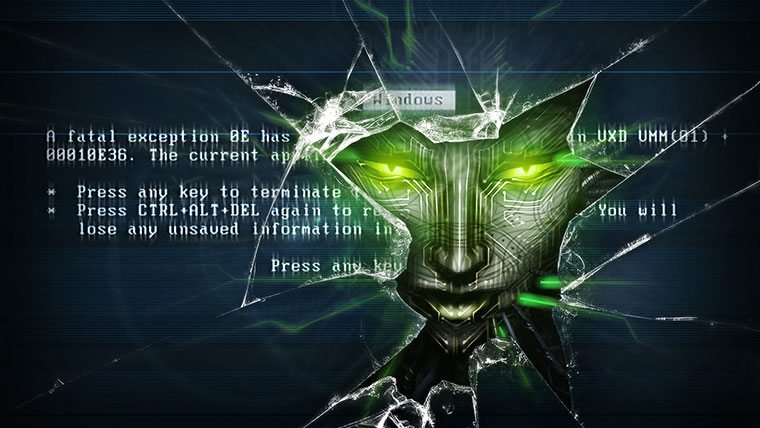 I dumped my PS3 a few months back in anticipation of the upcoming next-gen console release, when trade-in values were still relatively high.  While I have missed being able to play some titles, I have had the time to dig through some of my older PC games and I must say I have had a blast reliving the early glory days of computer gaming.  I am certainly looking forward to late November, when the next iteration of Xbox and Playstation are released, but for now I am very happy reliving gaming memories and would urge you all to take a moment before the 4th gen consoles launch and play some of the titles that laid the foundation for the hit titles of today.  Why is that? You ask.

Twenty years ago we didn’t have 1080p.  Top of the line video cards had 64 Meg and graphics by today’s standards were really, really bad.  Things were just beginning to move into 3D and the transition was at times messy.  For those of you that want to express condolences and ask how on earth we managed to survive with such sucky gaming platforms, don’t.  To make up for what would now be seen as substandard graphics, games in the 90s needed strong gameplay.  In order to get gamers to dig into their wallets and fork out money for a game it had to be good.  We’re talking immersive storylines, character driven plots, realistic story devices, and solid gameplay with clear progression and achievements.  Cases in point; Wing Commander, Baldur’s Gate, Another World, Warcraft, Thief, Grand Theft Auto, System Shock, Fallout.  No wonder that there are names in that brief list that are still around more than 20 years later.  Titles were generally linear in play due to technical limitations at that time, but developers enthralled gamers by providing captivating stories about characters and events that we became invested in.  If you really want to feel rewarded for investing time in playing a game, try one of the many classics across most genres.

This wasn’t a word in the 90s.  At least not in the sphere of gaming.  If anyone at a game development company had said “what’re the monetization plans re: DLC?” they would have been greeted with blank stares before being sacked.  Unless they worked at EA in which case they would have been bumped up to CEO.  Priorities in the 90s were on generating revenue through a good product, rather than the incremental release of additional content based around a game.  DLC has enhanced the gaming market, sure.  But monetising is also done nowadays through preorder deals that offer exclusive content.  Whereas games used to be made and sold, pure and simple, now games are marketed, pre-sold, tied in to merchandise, made, and then exploited for ‘season passes’.  That games are now being sold with the option of purchasing season passes is a matter for another column, but this shows that maximising profit options has started to impact the way games are made and marketed.  Mobile platforms and Free to Play models have also heavily impacted how games are able to recoup their investment costs, so it’s a vastly different landscape to two decades ago, but gamers want first and foremost a product that isn’t crippled unless further purchases are made.  Game developers don’t talk about selling games now – they talk about ‘player acquisition’.  I’m going to pre-empt criticism of this point here by pointing out that I do understand game developers are doing what they do in order to make money.  That’s pretty simple and I don’t begrudge anyone the opportunity to capitalise on their hard work.  All I’m saying is that when it comes to PC gamers, we are on average, well educated, observant people who can recognise when people try to take advantage of us and our passion for our games.  Limited edition resin figures, replica weapons, season passes to bonus content, rare outfits or skins for our characters, or extra missions are nice, but do not make up for ‘franchise’ titles rehashing old material without offering anything meaningful to the player in terms of narrative, gameplay or gaming experience.  In short – head back twenty years when games were sold on their merits and not on the flashies that were packaged with them.  Seriously.

These games have been playtested for two decades.  All facets of the game have been thoroughly, exhaustively put through their paces and if there is anything slightly wrong with the game then you have an internet’s worth of material to help you work through it.  Think of the initial release period for games like the latest SimCity, where it was unplayable for the majority of players for up to two weeks.  Go for a game released two decades ago and you will find that any problems have been resolved either by the developers or by the modding/fan community.  Patches and updates are also all conveniently available for you to pick and choose from at you leisure.  By playing a 90s game you are relieving yourself of the worry and burden that comes with newer titles.  Almost at the end of the campaign mission in Call Of Duty: Black Ops and get the ‘more than 160 bones’ error?  Climb into Enigma’s tower in Batman Arkham Origins and can’t get out?  That’s frustrating.  Fast forward 20 years and these game breakers will be a thing of the past.  Load up a game that has been tried, tested, tweaked and tuned for a more enjoyable gaming experience!

This one is a real no-brainer.  You can buy, download and be playing a hit from the 90s for less than $10 and in under 15 minutes.  Coupled with twenty plus years of customer feedback and reviews, your chances of wasting your money are inversely proportional to your reading ability.  Go for it.

Ecclesiastes 1:9
What has been will be again,
what has been done will be done again;
there is nothing new under the sun.

Remakes, reboots, sequels, spin offs and derivative works surround us.  According to the Internet Movie Database, only 17 of the top 50 grossing movies of 2013 were original films.  Walt Whitman in ‘Leaves of Grass’ alluded to the phenomenon of societal ‘renewal’ as well, and while it’s not necessarily a bad thing in itself, it can lead to ignorance if we don’t acknowledge the works on which we base our own interpretations of them.  In the short space of twenty-odd years, and in the relatively new arena of electronic gaming, we can see clear evidence of this process of reinvention happening at a pace similar to that in Hollywood.  The ideas we have now are not so different to those we had in the 90s, but our ability to express them has grown dramatically.  Take Bullfrog’s Populous as an example.  Widely regarded as the first God sim yet how many gamers today have heard of it?  Mention the name of its creator, however, and I’d imagine many more people would recognise that name.  The creative minds that power today’s great games have been at work for many years.  They have worked with many others, and they have influenced a new generation of gamers.  Millions of gamers know Starcraft only inasmuch as there is a Starcraft II so it stands to reason there must have been a previous game.  The original itself was part of a wave of strategic games in the early and mid 90s that included Command & Conquer, and Dune.  The original Thief similarly spawned the entire stealth genre, so successfully that it’s due for a revisit early 2014 along with another 90s wunderkind; Wolfenstein.  The original Spear of Destiny itself a reimagining of the Apple IIe Escape from Castle Wolfenstein.  The 90s was a genre defining moment in gaming, and it is directly responsible for many of the great titles that adorn game store shelves today.  Take the time to check out the earlier incarnations of games like Hitman, Zelda, Warcraft, Metal Gear Solid, Civilisation, or Age of Empires.

So.  With three weeks till my PC goes into gaming hibernation I’ll be finishing up System Shock 2 and Wasteland.  What gem from the 90s might you dredge up again?